Report: Following the trail of Egyptian connections in Athens 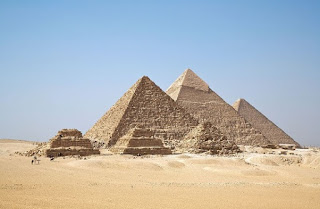 A special tour of the city's sites by Vassilis Chryssikopoulos, archaeologist and egyptologist

ATHENS – Athens' connections to the religion and rulers of ancient Egypt were revealed in a unique tour of the city's sites by Vassilis Chryssikopoulos, archaeologist and egyptologist, who is also president of the board of the Hellenic Society for the Study of Ancient Egypt (EEMAA).

The success of the tour, which included audio material, prompted the organizers to schedule a second tour, for Saturday (Oct. 21).

Some of the highlights of the tour include the following, associated with Athens landmarks:

– A statue of the Egyptian goddess Isis was found near the Herod Atticus theater, on Dionyssiou Areopagitou Street (now a pedestrian walkway). It is missing the legs and the head, and is believed to have stood at the sanctuary of Isis on the south slope of the Acropolis. According to an inscription, removed by Lord Elgin and currently in the British Museum, the priestess of Isis was called "lychnaptria" (carrier of the sacred oil lamp) and "oneirokritis" (interpreter of dreams for healing). The removed inscription also contains valuable information on the female donors who paid for the inscription, the sanctuary, and the sanctuary repairs.

– In the Aerides (Tower of the Winds) section of the Plaka, there used to be two gymnasia during Hellenistic times: one named after Diogenes and another after Ptolemy. "We don't know which of the Ptolemies it refers to," Chryssikopoulos said, "but they were mostly used for studying rather than for sporting events." Evidence was provided by inscriptions found in the area.

– A temple dedicated to the Hellenistic god Serapis was built near the present Greek Orthodox metropolitan cathedral and the Panagia Gorgoepikoos church. Inscriptions found in 1842 attested to the worship of Serapis, also mentioned by Pausanias in the record of his tours. It's possible two statues in the National Archaeological Museum (NAM) served as caryatids at the entrance to the temple.

– At the Chrysospiliotissa church on Eolou Street, there used to be the tomb of the father of the first Greek egyptiologist, Tassos Neroutsos. Dimitrios Neroutsos, the father, belonged to the first generation of Greek Orthodox priests officiating at the church, according to a written record by the son.

– The tour stopped at the Numismatic Museum, which holds a 10,000-coin collection donated by Ioannnis Dimitriou, a Greek of Egypt with roots on the island of Limnos. Dimitriou was an industrialist and cotton merchant in Egypt, and a collector of Egyptian antiquities which he donated to the NAM in 1880. His collection and that of Alexander Rostovich, another Greek of Egypt who donated his collection in 1904, form the core of the NAM's Egyptian collection.

– The tour concluded at the NAM and its Egyptian collection, where reference was made to Sotiris Magiassis, one of the first interpreters of the ancient Egyptian "Book of the Dead". Magiassis was the architect of Acropol Palace on Patission, across from the Museum. He published his five-volume interpretation in 1955, privately, providing valuable reference material to excavations today, as Chryssikopoulos said.

In further comments to the Athens-Macedonian News Agency (ANA), Chryssikopoulos said that the popularity of the tour is due to the uniqueness of the subject and the variety of references. "There's research worth 20 years behind this (tour), research which is still ongoing, as is the work of colleagues in egyptology," he added.

(For more information on the Society, see http://www.eemaa.org.gr)