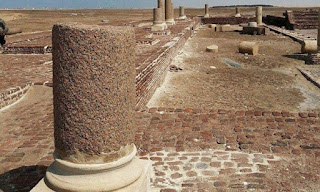 Ruins of Pelusium, where the Holy Family is believed to have crossed – Egypt Today archive

CAIRO – 26 October 2017: Modern Farama, known historically as Pelusium, among other names, is located midway between Arish and Port Said cities. Coming from Palestine, the Holy Family crossed the Sinai and landed in Farama, but not for long. 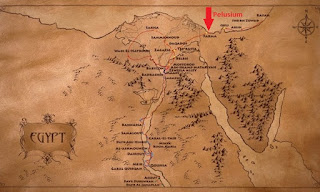 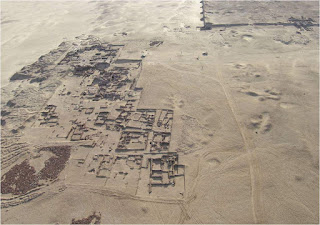 An overview of Farama (Pelusium) – Orient & Mediterranee
Pelusium: Ruins of an ancient city and historical pillars
"The ancient Farama disappeared. It constituted the north-eastern borders of Egypt. It was crossed by the Holy Family and was the gateway to Egypt for many invaders," Tareq al-Husseini, director of the Port Said Antiquities Authority, told Egypt Today. 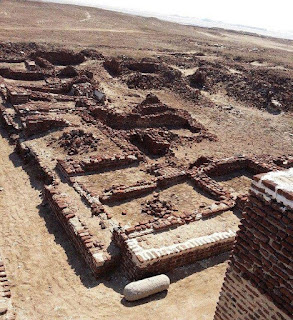 Ruins at Farama (Pelusium) – Egypt Today archieve
The Holy Family was seemingly unable to stay in the city for long, being a dangerous border area at the time. It is not included in the eight Egyptian locations on the Vatican's pilgrimage list. 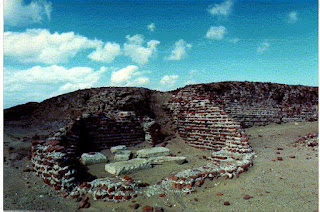 The remains of a tower at Farama – Sohag governorate official website
However, standing in Farama amid the ruins is humbling. The city witnessed major historical events and was once a military road for the Romans and others, as well as a busy port. 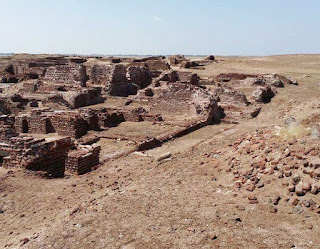 Ruins at Farama – Egypt Today archive
At Tell el-Farama (Hill of Farama) lie ruins of a fortress and the remains of ancient pillars in the desert, as well as marble columns given the name "Roman Theater." It is almost identical to the Roman Theater in Kom El Dekka, Alexandria. 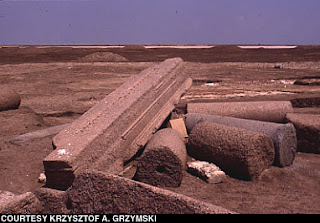 Ruins of the amphitheater at Pelusium – Archeology.org
There are a number of necropolises, what is believed to be the remains of a hippodrome, fish tanks, a harbor wall, Roman baths with mosaic floors dating to the third century, and the remains of a church dating back to the fifth and sixth centuries, according to a feature by archeologist Krzysztof A. Grzymski on archeology.org. 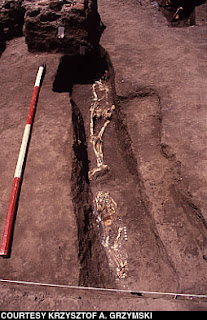 Second and third-century BC graves - Archeology.org 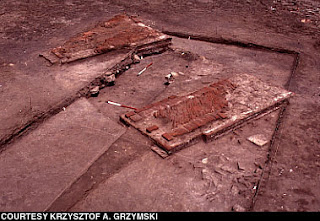 Brick pillar bases may be remains of a hippodrome - Archeology.org 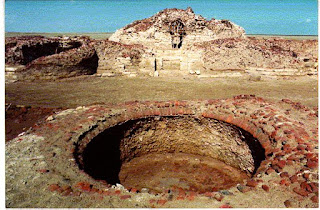 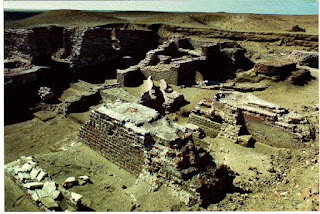 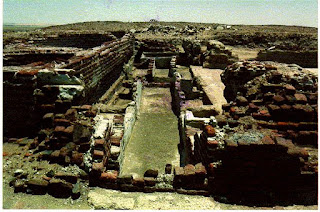 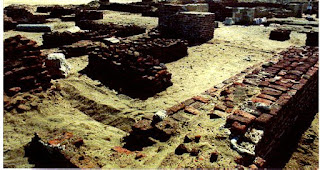 Remains of a Roman fortress – Sohag governorate official website
It is unknown whether that particular church is related to the route of the Holy Family. 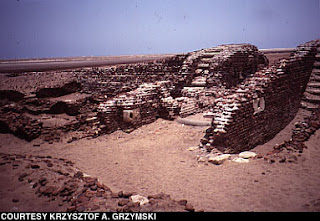 Gatehouse to Pelusium's sixth-century AD fortress - Archeology.org
It is the site of the Battle of Pelusium in 525 BC, where Emperor Cambyses II of Persia invaded Egypt. According to the fanciful Macedonian general and author Polyaenus, Cambyses II used cats and other sacred animals in the frontline, an act that deterred Egyptians from fighting. Meanwhile, Greek historian Herodotus reported that skulls of the fighting soldiers were scattered on Pelusium's land. 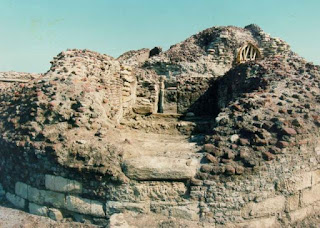 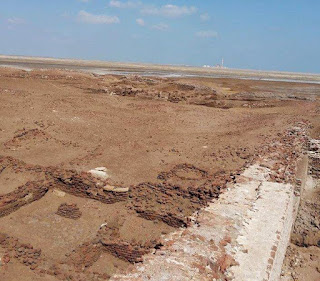 Ruins at Farama – Egypt Today archieve
In 333 BC, Pelusium welcomed Alexander the Great, and in 48 BC, Pompey was killed there after his defeat at the hands of Julius Caesar. 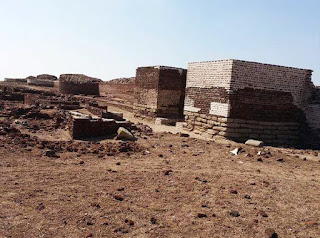 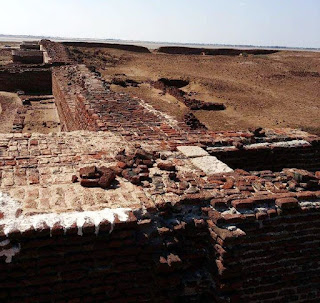 Ruins at Farama – Egypt Today archive
A total of 1,117 years after the birth of Christ, who is believed to have fled to Egypt as a toddler, Baldwin I, one of the leaders of the First Crusade, destroyed and looted Pelusium. But he also died of food poisoning after eating local fish from a branch of the River Nile that once flew in the city, and was only able to reach Arish in his attempt to return to Jerusalem. 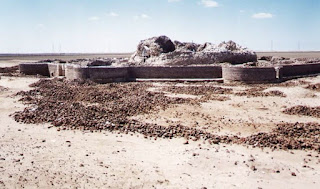 In 1991, archeologists embarked on a project to excavate the area, as the government had announced a plan to dig a waterway across North Sinai to fertilize the desert. Although both projects have stopped since 2010, Farama proved to be quite a promising archeological site. 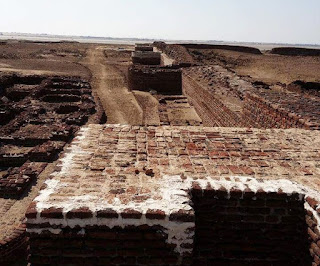