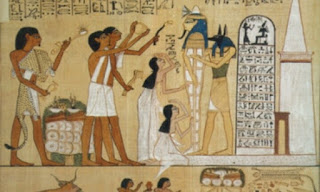 Firstly, ancient Egyptian designers cared about the surrounding weather and the nature of Egypt. Due to the geographic location, Egypt's hot, dry weather in the summer obliged Egyptians to rely on light fabric clothing such as linen. Mainly, ancient Egyptians at first used to wear white clothes but later on incorporated colors such as red, blue and gold with white.

Later on, more materials were also used such as leather and wool, in addition to the many decorations that were added to their clothes. 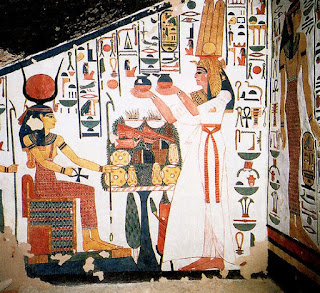 The early dress code was a piece of cloth shaped into a skirt. It was the simple main design that was improved afterwards. For kings, this skirt was provided with a belt to carry hunting tools.

The noble class had certain dress codes, for example they wore short kits, and necklaces, while in the middle ages they upgraded to mid-calf kilts with large aprons and necklaces. In more modern periods, men wore knee-length shirts, loincloths or kilts made of linen, and leather loincloths, according to data published by the Canadian Museum of History website.

Noble women, on the other hand, were known for their elaborately decorated dresses, jewelry, hair ornaments and scented cones.

A woman in ancient Egypt was an icon of beauty, and they were amongst the earliest women to introduce make up. Ancient Egyptian women were known for their thickly lined eyelids and red lipsticks.

They also dyed their hair with different natural materials such as henna.

Long-sleeved dresses, short dresses, or even pleated dress were some of the designs worn by Egyptian woman. 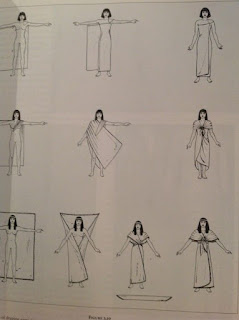