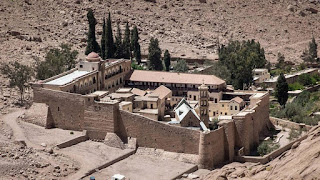 CAIRO — Pope Francis has confirmed that Egypt will be included as an official Roman Catholic Church pilgrimage destination next year, sparking hope that the country's tourism industry can be revived. The first pilgrims should begin arriving in Egypt in May, according to Tourism Minister Yahya Rashed.

The pope endorsed the designation Oct. 4 during his weekly general audience in St. Peter's Square at the Vatican. The Egyptian Ministry of Tourism then announced Oct. 5 that the path of the Holy Family (Jesus, Mary and Joseph) in Egypt more than 2,000 years ago will be part of the Vatican pilgrimage program for 2018.

Rashed said it is a tourism achievement for Egypt to hold a place in Catholic religious rituals. He called on Christians around the world to follow in the Holy Family's footsteps as it fled King Herod in Bethlehem to Egypt.

Rashed headed an Egyptian delegation to the Vatican Oct. 4 that included parliament members, businessmen, investors, tourism officials and journalists. The trip followed up on the pope's historic visit to Egypt in April.

Ahead of the April visit, Pope Francis said in a speech broadcast on TV, "I am truly happy to come as a friend, as a messenger of peace and as a pilgrim to the country that gave more than 2,000 years ago refuge and hospitality to the Holy Family as they fled the threats of King Herod."

Rashed predicts religious tourism will attract 20% of the world's 2.2 billion Christians, almost 1.3 billion of whom are Catholics. Christian religious tourism in Egypt, which is mainly concentrated around St. Catherine's Monastery in southern Sinai, now accounts for about 3% of Egypt's tourism business.

Nader Girgis heads the Committee for the Revival of the Holy Family Itinerary, which is affiliated with the Tourism Ministry. Girgis said in a TV statement Oct. 4 that at the behest of Pope Tawadros II — the Pope of Alexandria and Patriarch of the See of St. Mark — a number of documents and manuscripts have been collected to confirm the route of the Holy Family in Egypt. He noted that the Egyptian Coptic Orthodox Church possesses many documents that confirm the route in Egypt and explain in detail the journey of the Holy Family from the time they entered Egypt until their return to Palestine. Their journey lasted three years and 11 months.

Father Boulos Halim, the spokesman for the Egyptian Coptic Orthodox Church, told Al-Monitor that the Holy Family's journey is an important part of the world's religious heritage, and he too believes it will promote religious tourism to Egypt.

Egyptian tourism plunged in the years following the 2011 revolution because of political and security turmoil. Tarek Amer, the governor of Egypt's Central Bank, had said in a Jan. 23 press statement issued by parliament's Economic Affairs Committee that the total number of tourists coming to Egypt fell by 42% in 2016 to 5.4 million, compared with 9.3 million in 2015. He said Egypt's tourism revenue fell to $3.4 billion in 2016, from $11 billion in 2010, a 69% decline in six years.

Halim told Al-Monitor the Ministry of Tourism and the Ministry of Antiquities have been coordinating to prepare the religious destinations expected to be on the Holy Family's itinerary. Several places have been restored already, and most of the others are being worked on.

The duration and cost of the tour haven't been determined yet.

In an interview with CBC TV channel Oct. 4, Rashed noted that by May, eight archaeological sites to be included in the 25-site route will be ready to receive Christian pilgrims. They include the Church of Saints Sergius and Bacchus, the Saint Virgin Mary's Coptic Orthodox Church in Cairo (also known as the Hanging Church), the three monasteries of Wadi El Natrun — Saint Bishoy Monastery, Monastery of the Syrians and the Paromeos Monastery — the Church of the Holy Virgin in Jabal al-Tayr, the Monastery of Al-Muharraq at Mount Qosqam and the St. Mary Monastery in Mount Drenka.

According to the General Authority for Tourism Promotion, the first part of the journey took the Holy Family members from Bethlehem to the Gaza Strip. They then entered Egyptian territory via the Zaranik Protectorate in northern Sinai, then traveled to central Cairo before reaching Asyut governorate in southern Egypt.

Father Rafic Greiche, the spokesman for Egypt's Catholic Coptic Church, told Raseef22 news Oct. 6 that the church hasn't decided which destinations will receive tourists, adding that the state is studying whether it's feasible to include northern Sinai destinations given security concerns.

A series of terrorist attacks this year in Egypt have targeted Christians. On Feb. 19, the Islamic State (IS) broadcast a video in which it called for targeting Christians in Egypt and vowed to launch more attacks. Subsequently, it claimed responsibility for three such operations: On April 9, 46 people were killed by bombs placed in two churches in the northern governorates of Gharbia and Alexandria. On May 26, at least 26 people were killed after gunmen attacked a bus carrying Christian pilgrims to a monastery in the southern governorate of Minya. On Dec. 11, 25 people were killed in an explosion at a church affiliated with St. Mark Cathedral in the Abbasid district of Cairo.

Khaled Okasha, the director of the National Center for Security Studies, told Al-Monitor that because of the security issues, the Holy Family tourist program isn't likely to include northern Sinai destinations. However, some cities there such as Rafah, Arish and Sheikh Zuweid might be included at a later stage.

Hundreds of members of the army and police have been killed in IS attacks in northern Sinai, which intensified after mid-2013 when President Abdel Fattah al-Sisi, who was defense minister and army chief at the time, deposed former Muslim Brotherhood President Mohammed Morsi in the wake of mass protests against his rule.

Okasha said the state has identified areas where the security forces are ready to confront any terrorist attacks. "The security forces will have to bear an additional burden of securing the specified destinations in the Holy Family's itinerary and countering terrorist operations, but they are up for it," he added. 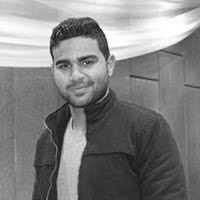 Mohamed Saied is an Egyptian journalist based in Cairo and a graduate of Cairo University's Faculty of Mass Communication. On Twitter: @saied54992