As work on Bolton Museum's new Egyptology gallery progresses, new designs for the £3.8 million project have been released.

Conceptual designs have been revised following feedback from the public and partners and these are the latest artist's impressions of how the gallery will look.

Visitors to the museum will get the chance to view the designs more closely via a display situated in the foyer and on social media.

Bolton's Egypt, which is set to open in 2018, will be divided into sections depicting the history and importance of the borough's Egyptology collection.

These include: the Portico; Rotunda; Land & People; and Beliefs.

In addition, there will be a section devoted to Chadwick Museum – depicted as a doll's house set in parkland – and how Bolton came to acquire such an extensive Egyptology collection.

Chadwick Museum was the town's first museum; opened in 1884 in Queen's Park. When it became too small for its growing collections, the museum in Le Mans Crescent was built in the 1930s and eventually opened in 1947, where it still stands today.

Local mill owner's daughter, Annie Barlow, was a member of the Egypt Exploration Fund in the 19th Century and helped to raise funds for excavations in Egypt. In return for her generous contributions, the museum was given a number of artefacts.

Also, central to the new gallery will be a full-sized recreation of the tomb of Thutmose III.

Bolton Council's Executive Cabinet Member for Regeneration and Resources, Cllr Ebrahim Adia, said: "This project is the most significant development the museum has seen in many years and it is a privilege to be a part of it.

"It's very exciting to see the designs develop and change in order to reflect the museum's collection, and I can't wait to see the finished gallery.

"Bolton's Egyptology collection is one of the most significant in the UK, so we'll be pulling out all the stops to create a visitor attraction of international quality and appeal."

Contractors Willmott Dixon have been on site since the beginning of 2017 and completed essential roof repairs and internal mechanical and electrical works.

Guy Lacey, Operations Manager, said: "It is a real privilege for Willmott Dixon to be delivering such a prestigious and historically significant project that will further enhance Bolton as a centre of excellence in Egyptology."

Next on the programme of works is the fit-out of exhibition space, decoration and a new shop area on the first floor.

Nichola Ward, Head of Creative, Leach Studio comments: "As museum exhibition designers it's been fantastic to work with the team at Bolton Museum and Willmott Dixon on such a significant project.

"Working closely with the museum team has allowed us to really explore the collection and create some exciting and often brave designs. It's inspiring to work with a client team that is open to ideas and is really helping to create a fun-filled experience for visitors that shows the breadth and beauty of Bolton's astonishing Egyptology collection.

"The designs have received great feedback from the team and we're delighted to unveil our latest impressions. We hope everyone is as excited as we are – we can't wait to continue our journey with Bolton's Egypt and look forward to its opening next year." 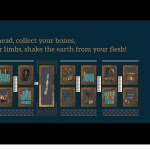