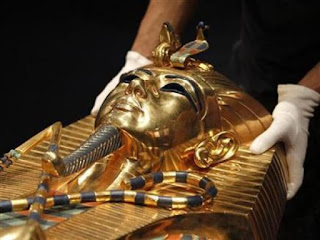 The Egyptian Antiquities Ministry is currently intensifying its efforts to complete the transfer of antiquities from the Egyptian Museum located inside Tahrir square and other archeological locations to the Egyptian Grand Museum, which is still under construction.

The Egyptian Antiquities Ministry is seeking turning the Egyptian Grand Museum into the biggest museum in the world and also to value the antiquities pieces being previewed there that will be affiliated to the Pharaonic, Greek and Roman civilizations.

According to the state-run newspaper of Al-Ahram, the Egyptian Grand Museum's  establishment plans have been first put in 2002 will include 100,000 artifacts that only 42,000 pieces have been arrived from them to the museum.

The Egyptian Antiquities Minister Khaled Anany stated previously that The Grand Egyptian Museum will be opened by mid-2018 and also noted that the total cost of the construction process of the establishment will be EGP 20 billion.

Large number of granites of King Psamtik I, statue of god Ra-Hor-Akhti, uncovered in Matariya