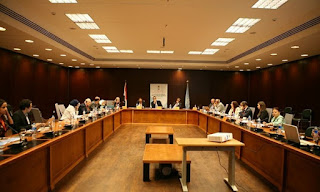 CAIRO – 19 October 2017: The 19th executive International Campaign was held at the National Museum of Egyptian Civilization (NMEC) on Thursday to discuss new plans for finalizing construction of NMEC and a new museum in Nubia.

The international delegation comprised of a number of countries such as Sudan and France, and members from ICOM, ICOMOS and IFLA .

The Head of NMEC, Mahrous El Saeed explained to Egypt Today that the main aim of today's meetings was evaluating NMEC's establishment process, and analyze the recommendations of other institutions including that of the Ministry of Antiquities.

Regarding finalizing phases of NMEC, El Saeed added that visitors still have the chance to visit the main exhibition hall, but the upcoming two phases which contain four exhibition halls will be ready at the end of 2018. The entire museum will be completed in 2020. 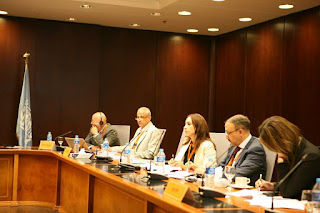 National Museum of Egyptian Civilization Meeting [Photo: NMEC official Facebook page]
El Saeed explained that the Nubian museum has been open since 1997. Located in Aswan, the museum preserves the historical heritage of Nubia.

"A number of artefacts related to the High Dam establishment and a good number of rare Ancient Egyptian artefacts are displayed through the exhibition halls of Nubia Museum," El Saeed noted.

According to the annual protocol forum, a new chief and new vice president were elected to lead the campaign where Anani was chosen as the new chief.

is located in Fustat area in Cairo. It contains several artefacts showing the evolution process of Egyptian civilization. 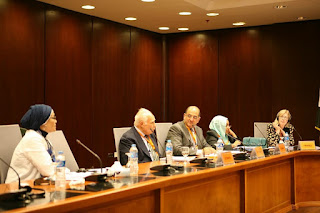 NMEC has witnessed a high turnout of visitors after its inauguration five months ago, amounting to a total of 35,614 visitors, according to a statement released in August.