The Pyramids should top your bucket list - Egypt Today 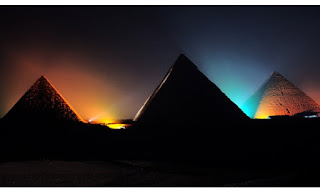 Pyramids at night in Giza, Egypt. Photo by islam102/ goodfreephotos

CAIRO – 27 October 2017: British website The Daily Mail just made a list of 21 UNESCO sites and travel destinations that must be on everyone's bucket list, and the Pyramids came in first place. 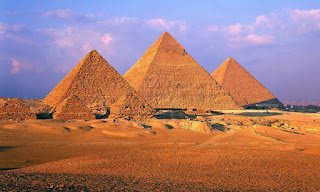 The website highlighted 21 sites from the 1,073 global destinations chosen by UNESCO officials this year on the organization's World Heritage List. This year, the list had many great locations, such as Japan's Ogasawara Islands, France's Palace of Versailles, the United States' Yellowstone National Park, China's Danxia and Australia's Fraser Island. But The Pyramids made it as The Daily Mail's top pick, as they represent "a masterpiece of human creative genius." 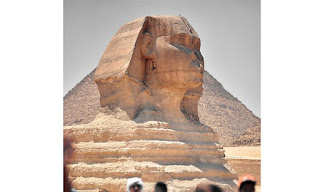 Giza's Pyramids are not only considered a miracle in the history of civilizations, but also in the history of architecture, as they are the only remaining wonder of the ancient world that stood the test of time, having kept the title of the tallest structures in the world for over 3,800 years.
Posted by Glenn Meyer at 9:27 PM