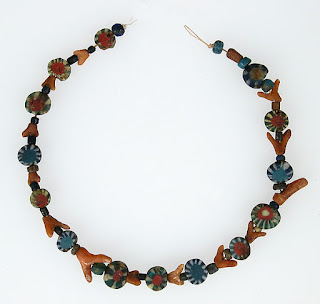 Good news for the aesthetes. The Metropolitan Museum of Art, NY is presenting an outstanding show, featuring some beautiful artworks dating back to ancient Egypt. Titled as "Art and Peoples of thr Kharga Oasis" the show will feature some of the beautiful decorative artworks restored from Kharga Oasis, Egypt.

The show will be displaying 30 objects which are from the collection of the Museum's archaeology department. Few of them are dating back to third and seventh centuries A.D., a time of transition between the Roman and early Byzantine periods, which integrated Egyptian, Greek, and Roman culture and art. A compilation of old style of work will be available for a visual treat.

A spokesperson from the museum said, "By grouping objects according to the archaeological context in which they were discovered, the exhibition explores the interpretation of ancient identities and artifacts and shows how archaeological documentation can assist in understanding an object's original function. On view are ceramics, ostraca (pottery shards used as writing surfaces), jewelry from burials, glassware, coins, copies of frescoes with early Christian images, and early 20th-century site photography."

"Art and Peoples of the Kharga Oasis" has been unfolded on October 11, 2017 and will be running through September 30, 2018 at the Met Fifth Avenue, New York, USA.