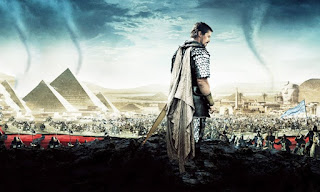 Historian Daniel Rafaelic on the portrayal of Ancient Egypt in cinema

17 October 2017:For decades, ancient Egyptians mystified both the public and specialized scholars around the world; but one Croatian specialist took this fascination a step further. Enthusiastic about Egyptian history and films related to or shot in Egypt, Daniel Rafaelic studied both archaeology and cinema. A doctoral candidate, Rafaelic now teaches at the departments of history, archaeology and psychology at the University of Zagreb's Faculty of Humanities and Social Sciences.

He has also just finished his book Cinema of the Sun: Ancient Egypt on Film, expected to be published by the end of this year in New York and Cairo.

Born in 1977, the film critic and cinema historian Rafaelic now hosts a weekly TV segment about cinema on Croatia's leading morning show Good Morning and is the head of the national Croatian Audiovisual Centre. As a filmmaker, he directed a documentary titled The Other Side of Welles about the life and work of Orson Welles in Croatia.

We sat down with Rafaelic to chat about his new book and the mystery that is Ancient Egypt.

Tell us about your new book.

There is an introductory chapter that sets the tone for the whole book—generally about the films on ancient Egypt as perceived in the wider corpus of more familiar films about ancient worlds [like Greece and Rome]; the similarities and differences. Then the book describes [pre-historical] Egypt being perceived as the mythical time in human history. [Similar to attempts] in literature, cinema tried to answer the question of superb technical abilities of the "civilization before civilization," namely Atlantis—which is always in one way or another associated with Ancient Egypt, first and foremost in terms of imagery, pyramids and so on. As we know today, the Atlantis myth arose primarily from the volcanic eruption of the Island Thera, which is now Santorini, and the destruction of indigenous civilization in Akrotiri in 17th or 16th century BC. But the image of the ill-fated island was regularly depicted as a replica of an Ancient Egyptian town, with the pinch of non-terrestrial influence. Films such as Ronald Emerich's 10.000 BC (2008), Disney's Atlantis (2001), Hercules (1983) and The English Patient (1996) linked Egyptian protohistory with the construct of the big picture of the so-called far-advanced civilization, out of which the Egyptian [civilization] would emerge.

Tom Cruise made a third Mummy film that was released worldwide last June; the one made in 1999 was banned in Egypt based on claims that it was not historically accurate. Then there was the unsuccessful spinoff The Scorpion King in 2002. How do you assess these works?

Early recorded Egyptian history, the beginning of the dynastic period as the starting point, focuses primarily on a king simply called Scorpion. This persona has been transferred to film [at least three times], however with totally different approach. In Stephen Sommers' The Mummy Returns (2001) the Scorpion King is fairly depicted as an earthly warrior who, after selling his soul to the devil, Anubis, becomes the most powerful figure of his time. After the big box-office success of the film, a spinoff was born, simply called The Scorpion King, with its sequel Scorpion King 2 released in 2008.
Contrary to popular belief, this film was not set in Egypt as all, but rather in an amalgam of the uncharted Hellenistic landscape. 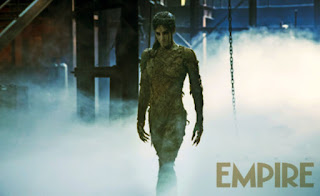 How do you interpret this fascination with Egyptian history?

The discovery of the solar boats of King Khufu at the foot of his Great pyramid in Giza incited a new wave of Egyptomania in 1954, like the one set off by the discovery of the tomb of Tutankhamun in the 1920s. The grandest result of this ancient Egyptian craze was Howard Hawks' Land of the Pharaohs (1955), with still unsurpassed mechanical solutions for the secret devices that were used in building and sealing the most popular large structure in history. This was still the time when films really tried to reflect as much as possible 'true' nature of the film subject's world, thus creating the film as close as possible to the 'real' ancient Egypt. On the other hand, the other famous monument, the Sphinx, or its ill-fated nose to be precise, became a frequent joke that was frequently used among cinematic Egyptians.

Lots of papyri that survived throughout time preserve the most interesting examples of ancient Egyptian narratives. Some of those stories were intriguingly transposed to the media of film (like The Story of the Eloquent Peasant). Michael Curtiz's The Egyptian (1954) combined in its structure several different layers: fragments of the Middle Kingdom stories, fragments of demotic tales, great parts of Mika Waltaris' novel Sinuhe the Egyptian all mixed together with unique image references to one of the bravest endeavors in Egyptian civilization—namely the famous Amarna period. The period itself has been portrayed several times in films from different perspectives in cinematography hailing from America, France, Italy and Mexico. The genres also varied, from 'typical' large-scale spectacle, to the cheap sword-and-sandal production; from the animated feature to the intimate and erotic portrayal of the period.
Howard's 1922 discovery unleashed original Egyptomania as well as a myriad of films about the mummies and their curse. Although mostly relegated to the horror genre, these films succeeded in painting a portrait of Ancient Egypt as a fascinating yet dangerous mystic and hidden civilization. 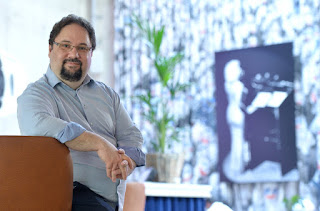 Daniel Rafaelic - File photo
Shady Abdel Salaam was the only filmmaker in Egypt who reflected Ancient Egypt in an accurate way; how would you assess his works?

Modern Egyptians were often disregarded whenever the topic of Ancient Egypt on film was dealt with. Yet it is very interesting how, in their own films, they reflect on their own past and heritage. Although several successful attempts exist, for years they were left unrecognized outside of the country's border, or the Islamic world for that matter. However, the rightfully revered personality of Shady Abdel Salaam tried and managed to bring close modern Islamic audiences to the civilization that existed long before they did. His film Al Moomia, or The Night of Counting the Years (1969) was also recognized all around the world, eventually becoming one of the films restored by Martin Scorsese's World Cinema Foundation. Adel Salaam's El-Fallah El-Fasih (The Story of the Eloquent Peasant, 1970) was also preserved by the same foundation and shows that Abdel Salaam dedicated his whole life to the making of the films on Ancient Egypt, up until his premature death in 1986. However, his script and unsurpassed drawings for the sadly unfinished production of The Tragedy of a Great House at least throws some light on a film that might have been a superb intellectual sequel to Al Moomia. The topic [of the movie] was the Amarna period.
Posted by Glenn Meyer at 7:14 PM