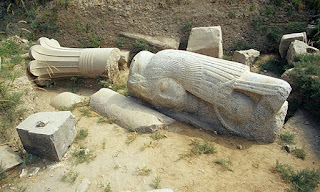 By: Sara Allam
SHARQIA, Egypt - The Holy Family's second stop in Egypt was in the archaeological city of Tell Basta during the harvest month Pashons of the ancient Egyptian calendar, which corresponds to May and a few days of June of the Gregorian calendar, according to the Coptic Church. 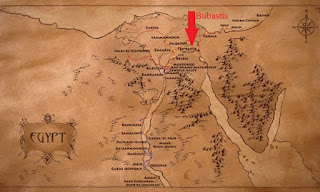 Egypt Today drove agricultural roads in the Delta city of Zagazig, 80 kilometers from Cairo, until we reached the sign "Tel Basta." Behind the sign lied the city, known in ancient times as Bubastis, which means "the house of Bastet," ancient Egypt's cat goddess. There, Child Christ asked his mother for water. 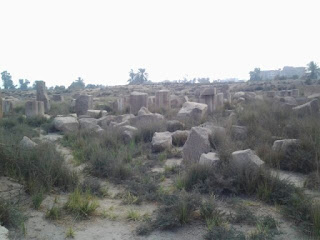 Pharaonic relics lied all over vast grassland, but the gate to the area was locked. Gunfire was heard from afar. A police training facility is located nearby and has been the reason for little tourist turnout to the place. 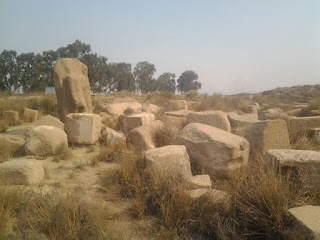 In 2005, millions of pounds were spent to develop Tell Basta; a museum, a library, and a movie theater were built. However, the police resisted relocating their facility, and red tape delayed the opening of the area to visitors. 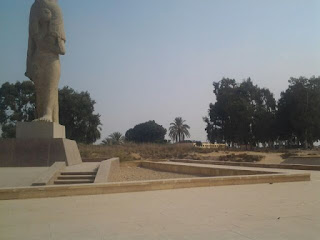 The good news is that there are further development efforts to fence and light the area of around 120 feddans in a prelude to open it in the upcoming months, head of the Project Sector of the Antiquities Ministry Wa'adallah Aboul Ela said in a July statement. 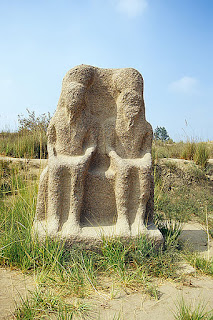 San al-Hagar, whose ancient name is Tanis, is another archeological city about 80 kilometers from Zagazig. The 22nd-dynasty Bubastis and the 20th-dynasty Tanis host the majority of Lower Egypt's relics in breathtaking scenes of how such ancient artifacts survived. Still, one cannot escape imagining the deafening noise and dust clouds that accompanied the fall of obelisks and statues weighing tons to the ground, as well as what made them fall. 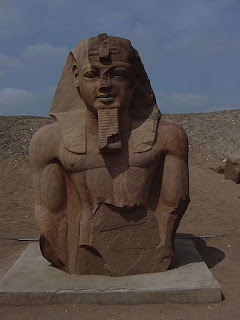 According to the Coptic narrative, Bubastis idols were spontaneously destroyed at the arrival of Child Christ from Farama, east of Port Said. Under a leafy tree, Mary, Christ and St. Joseph sat down after local in Bubastis refused to give them water. Joseph struck the ground, and a water spring streamed upwards, and it was later turned into a well. 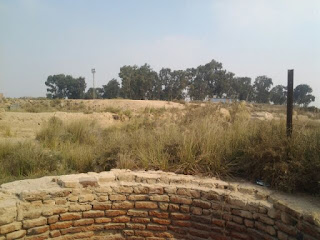 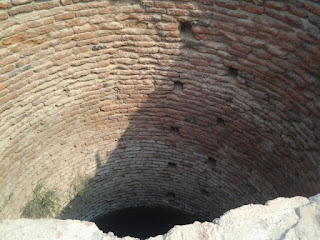 No church in modern Tell Basta exists to mark the stay of the Holy Family. It is not one of the eight locations the Vatican recently announced as part of Christian pilgrimage in Egypt. 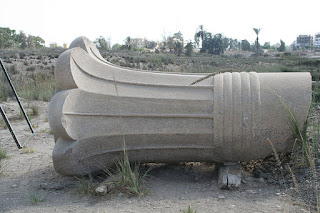 Relics at Tell Basta in 2006 - Einsamer Schutze via Wikimedia Commons 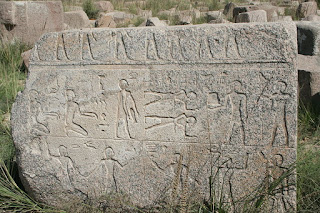 Ruins at Tell Basta in 2006 - Einsamer Schutze via Wikimedia Commons

In the Holy Family's third stop in Musturud, a town in Greater Cairo that is administratively a part of Qalyubia governorate, a church was built to immortalize the stay Child Christ. 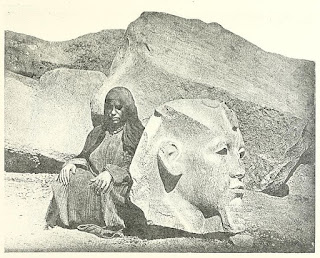 Head of a colossal statue of Amenemhat III near an Egyptian woman, found in Tell Basta by Édouard Naville in 1887-1889. Today, the statue is in the British Museum - Édouard Naville via Creative Commons

The next episode is on the 12th-century Church of the Holy Virgin in Musturud, a church built over a miraculous well and one that annually celebrates the "Renaissance of the Virgin."