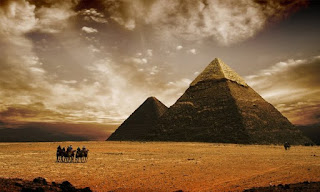 Tourism increases in Egypt in 2017

CAIRO - 14 August 2017: Incoming tourism movement to Egypt has increased from January till June 2017 by 3.5 million tourists compared to 2.3 million tourists during the same period in 2016, according to the Ministry of Tourism statistics.

Tourism revenues in Egypt are estimated as $3 billion in 2017, while the number of tourist nights spent from January to June is 37 million up from 13 million nights last year, as mentioned in the statistics.

Several workers in the Tourism sectors are frustrated as United Kingdom still bans its people from visiting Egypt since the Russian airplane crash in October 2015.
On the other hand, the UK has lifted the travel ban on Tunisia the terrorist attack in 2016 killed many tourists, including British nationa
Posted by Glenn Meyer at 9:28 AM