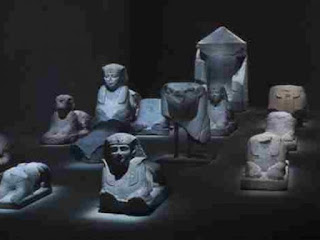 The Head of the Central Museums' Stores Authority, Saied Shebal, denied claims, on Tuesday, that his authority had released a statement in which it said 32,000 pieces of antiquities disappeared from 27 museum stores.

The statement was issued from the head of the Central Museums' Stores authority, after numerous local media outlets circulated reports, over the past two days, on the disappearance of the pieces

Shebal told the state-run newspaper of Al-Ahram, that the unverified statement attached to numerous media reports is inaccurate and that there will be an official response from the Central Museums' Stores Authority.

Meanwhile, Al-Ahram newspaper quoted the Head of Antiquities sector at the Antiquities Ministry, who asserted that the circulated statement was 'in accurate'.

He further clarified that 30,000 antiquities pieces have been subjected to ' dissipation', not stolen as promoted, pointing out that these pieces were owned by an antiquities vendor from Luxor city back when the trade of antiquities was legal.

Shebal added that the rest pieces were sold or wasted by the Luxor vendor, not stolen from the museums' stores as promoted through media reports.