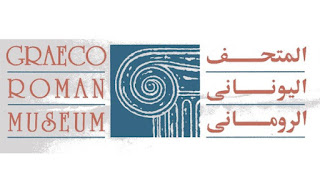 Banner for the Graeco-Roman Museum - Courtesy of official Facebook Page

CAIRO – 15 August 2017: Egypt's Graeco-Roman Museum, located in Alexandria at the al-Mathaf al-Romani (5 el Mathaf) Street, boasts an impressive array of over 40,000 pieces of art and artifacts that span back to the 3rd Century BC until the 7th Century AD, documenting 2000 years of Egypt's long, rich history. Although closed for renovations since 2005, the Museum has managed to archive and preserve valuable parts of Egypt's history.

Per its name the Graeco-Roman Museum's focus is on the Graeco-Roman presence in Alexandria, providing a glimpse back into a fascinating era of when Ancient Egypt, Greece and Rome merged together within Egypt.

The Museum was originally built in 1892 as a much smaller building near Horreya Road, however 1895 would see the construction completed and the building relocated to its current location, where it was opened by the Khedive Abbas Helmi II. The Graeco-Roman Museum was constructed with the goal of preserving Alexandria's rich history and cultural heritage.

Amongst some of the most remarkable artifacts the museum hosts is a huge granite statue of the Pharaoh Ramses II and one of the only existing replicas of the Lighthouse of Alexandria, destroyed in an earthquake. The Museum hosts 25 gallery halls in total, and it had originally started off with only 11 until it quietly grew and expanded, until the 25th hall was inaugurated in 1985. Each hall features artifacts from different eras, with a variety of relics such as great statues, pottery, mummies, religious imagery, etc.

The first five halls contain artifacts related to early Christianity in Egypt, while hall six features a marble head of Alexander the Great and the statue of the Aphis ball, a sacred symbol of ancient Memphis. Hall eight features mummified Romans, an interesting example of how ancient Egyptian traditions had interested the Romans of that time.

Other artifacts of note include a statue of legendary Greek hero Hercules in Hall 17, two headless Sphinxes dating from Ancient Egypt's 12th Dynasty, statues of the gods Venus, Apollo and Aphrodite in Hall 16 and 27 exhibits overall.

Plans are still underway to restore the Museum using funds from Italy, though progress is unfortunately going slow.
Posted by Glenn Meyer at 7:28 AM