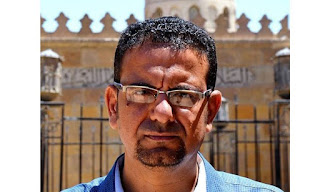 CAIRO – 6 August 2017: New museum will be constructed in the newly anticipated Administrative Capital based on government development plans, according to Naser al-Kelawy, general manager of Cultural Development and Heritage Awareness, which is an affiliate of Ministry of Antiquities, who told Egypt Today on Saturday.

The museum is expected to include a library, theater, heritage centers, and creativity workshops, according to confirmed plans declared previously. The museum will also depict aspects that will feature religious peace, whereas the government has currently assigned a committee to construct the designs.

Kelawy is taking the initiative of presenting suggestions for the government to turn the anticipated museum into an unconventional cultural hub.

"The new museum should be built into a fully-integrated culture core, excluding the traditional materialistic concept about it through featuring poetry, literature, and novels," Kelawy told Egypt Today.

He further emphasized that his draft also includes building sections within the museum portraying fragments from all other museums in Egypt such as textiles, war equipment, ancient Egypt, among others in efforts to redefine antiquities as actual heritage.

"Around six million citizens are expected to reside in the new Administrative Capital City and should have a multi-disciplinary magazine to meet their cultural needs and be able to understand heritage," he added.

Kelawy also emphasized an innovative idea that would continue to produce Egyptian heritage, in which five pieces representing this century of Egyptian history are to be stored in the museum and 100 years later will be turned into heritage.