Founded in 2013, the Wilkinson Egyptology Series is a peer-reviewed imprint of the UAEE. The series is open to proposals from all scholars in the field of Egyptology for publication of monographs, comprehensive site reports, conference proceedings, and other edited works. The goal of the Series is to assist scholars in bringing high-quality work to print quickly, through a review process akin to those of most major journals. After a period of not more than five years, each volume will be made available online, free of charge. The series is named after and designed to reflect Richard H. Wilkinson's prolific academic career: producing the highest quality work in a timely manner. Contributions to the UAEE in honor of Professor Wilkinson will be marked to support the Series specifically, and can be made here.


For questions or to submit a manuscript or proposal for inclusion in the series, please contact: UAEE@egypt.arizona.edu

The Series logo is an abbreviated writing of the word rHw, meaning "companions, comrades, fellows," an appropriate reminder that these works are offered in the spirit of advancing our collective knowledge and could not have been produced without the benefit of the work of those who have come before. See A.H. Gardiner, Egyptian Grammar (3rd edition revised, Oxford: Griffith Institute, 1957) pg 578 for the translation.

In August 2013, the UAEE published Archaeological Research in the Valley of the Kings and Ancient Thebes: Papers Presented in Honor of Richard H. Wilkinson, edited by P.P. Creasman. At nearly 400 pages and including 125+ color illustrations, this work is composed of two dozen chapters by leading scholars from around the world. A great variety of new discoveries and current research are presented, covering topics as diverse as ancient tomb robbery to historic love letters.

Download a PDF of the entire volume here for free (36 MB).
To purchase your copy & support the UAEE, click here.

To purchase your copy & support the UAEE , click here.
Download a PDF of the entire volume here for free (32 MB). 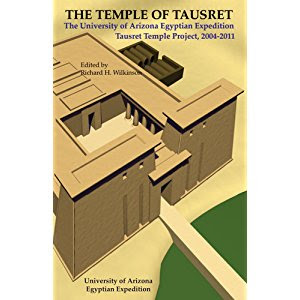 Also, you can learn virtually all there is to know about the Pharaoh-Queen Tausret in Tausret: Forgotten Queen and Pharaoh of Egypt (2012, Oxford), ed. R.H. Wilkinson, which can also be purchased from Amazon, here: http://tinyurl.com/7d5h8ww 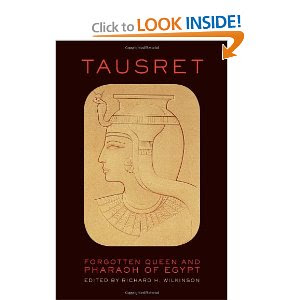 Valley of the Sun Kings: New Explorations in the Tombs of the Pharaohs  (1995)

The papers from the International Conference on the Valley of the Kings conducted by the Egyptian Expedition were published as Valley of the Sun Kings: New Explorations in the Tombs of the Pharaohs (Tucson, 1995).
The volume is printed as a library quality laminated paperback (ISBN 0-9649958), 165 pp. with over 90 photographs, figures, maps and charts.
A limited number of copies of this volume are available for purchase from the UAEE.