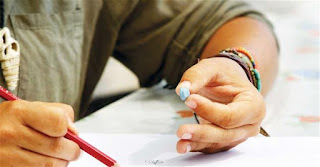 The ancient city of Letoon, located in the Kumluova neighborhood, is a Turkish region on the UNESCO World Heritage list since 1988. Excavations were initiated in the ancient city in 2015 by Başkent University and important artifacts were found.

During the excavation of the ancient terrace wall and the rock altar with stairs, an Egyptian seal has been found, dating back to the sixth century B.C.

The blue-colored seal in the form of a scarab features a human head in front and a winged and bird-headed lion figure in the back. The seal is reported to have been produced in the Naukratis Harbor in ancient Egypt.

Officials said the seal also reveals the ancient city of Letoon was a cult center respected by Egyptian traders.

"This seal dates back to 610 B.C. and was produced in the Naukratis Harbor. The location where the seal was found tells us that Egyptian traders presented it to Letoon. It shows us that this city was important for them. The seal will be restored and displayed at a museum," said Trakya University Archaeology Department academic Baki Demirtaş.