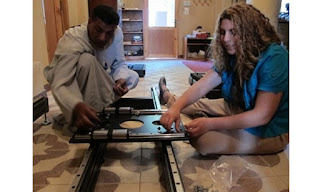 Aliaa at the opening of the tomb

CAIRO- 5 August 2017: Aliaa Ismail, 26, is the first Egyptian to work in the field of 3D scanning of Egyptian heritage at the tomb of Seti I in the Valley of the Kings in Luxor.

She holds two majors in Egyptology and Architectural Engineering from the American University in Cairo, and she graduated and started her career at the Factum Arte dedicated to digital mediation, both in the production of facsimiles and works of contemporary artists.

Aliaa is the on-site manager of the Theban Necropolis Preservation Initiative at the Valley of the Kings under the supervision of the Egyptian Ministry Of Antiquities; she shows great dedication, passion and expertise in the field of preservation of cultural heritage through the application of digital technology. She is also the director of the training center for 3D scanning and documentation at Luxor. 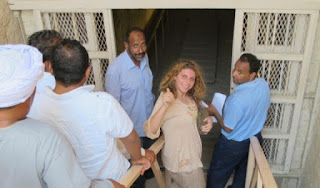 She embodies the eagerness of a whole generation to preserve and discover Egyptian heritage and help in documenting history recorded on the walls of the world's greatest tombs. Aliaa proves that the intelligence of the ancient Egyptians has not stopped or ceased with time and that Egyptians still master science and technology. She scans and documents information on the walls of the Seti I tomb, which is the largest in the Valley of the Kings. 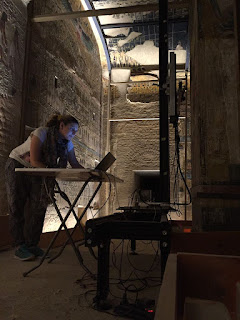 The initiative focuses on sustainability and knowledge transfer, and it is dependent both on specifically developed technologies and human skills. It began in March 2016 with the recording of the vast and fundamentally important tomb of Seti I, which has been closed to the general public since the late 1980's , and on the recording of the sarcophagus of Seti I and the development of a new training center for digital technology in conservation at Stoppelaëre´s House, or Hassan Fathy's house. 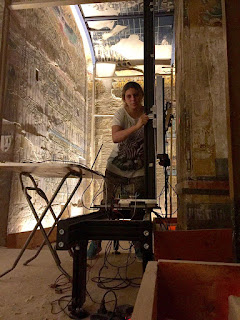 The initiative also works on the recording and reproduction of the tomb of Seti I and is being carried out for the Egyptian Ministry of Antiquities in collaboration between the Factum Foundation for Digital Technology in Conservation in Spain and the University of Basel in Switzerland. The project is part of a mission to preserve the tombs of the Theban Necropolis in Luxor´s West Bank by applying new recording technologies and the creation of exact facsimiles of tombs that are now either closed to the public for conservation or in need of closure to preserve them for future generations.

The tomb of Seti I was first discovered in October by the Italian archeologist Giovanni Battista Belzoni. Seti I, Pharoh of the Nineteenth Dynasty, was the father of Ramses II, and the son of Ramses I. The tomb is famous for being the most decorated in the valley.
Today, Aliaa will give us more insight about her journey as a young Egyptian Egyptologist, leader, and scientist-in-the-making.