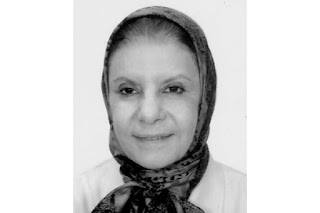 On 16 July this year, Tohfa Handoussa, often called the "mother of Egyptian archaeologists" and a distinguished emeritus professor of Egyptology at the Faculty of Archaeology at Cairo University, passed away after a long illness.

Handoussa was one of the most important pillars of the middle generation of the Egyptian School of Egyptology, which also included important figures such as Abdel-Halim Noureddin, Ali Radwan, Faiza Heikal, Gaballah Ali Gaballah, Sayed Tawfik, Mohamed Ibrahim Moursi and others.

She was a scholar without rival in her knowledge of the secrets of ancient Egyptian civilisation, especially ancient Egyptian religion. She was knowledgeable in every field of Egyptology, however, and a follower of new archaeological discoveries.

She was also fond of visiting younger scholars at archaeological sites to find out more about the latest discoveries in the world of the Pharaohs. She used to ask very interesting questions about such new discoveries and place them in the immense framework of ancient Egyptian civilisation.

Members of the younger generation, the present writer included, learned a great deal from her huge knowledge of archaeological fieldwork because she loved and understood ancient Egypt and the secrets of the Pharaohs more than almost anyone.

During her long career, Handoussa authored many articles and books on Egyptology, such as Marriage and Divorce in Ancient Egypt (in Arabic). She also translated British Egyptologist Walter Bryan Emery's Egypt in Nubia (1965) into Arabic, which was later revised by Abdel-Moneim Abu Bakr and published in Cairo in 1970.

Later in her career, the Supreme Council of Antiquities under its then secretary-general Zahi Hawass, a former minister of antiquities, published a festschrift in her honour in which many distinguished scholars from all over the world contributed scholarly articles in recognition of her tremendous efforts on behalf of Egyptian archaeologists and antiquities. Handoussa was a member of many associations, societies and institutions of Egyptology and archaeology in Egypt and abroad.

In January 2017, the Ministry of Antiquities paid homage to Handoussa's efforts in teaching generations of Egyptian archaeologists and safeguarding Egyptian antiquities at a special ceremony at the Opera House in Cairo.

Handoussa fully deserved the honorary title of the "mother of Egyptian archaeologists". On a personal level, I can say that she was my own dearest teacher when I started my career of studying Egyptology at Cairo University in 1990. I will not forget her regular visits to our excavations at Giza and the Bahareya Oasis.

She herself also continued the Cairo University excavations of the late Egyptian archaeologist Abdel-Moneim Abu Bakr on the Giza Plateau with US Egyptologist Edward Brovarski. Her work at Giza was a great opportunity to meet with her and discuss many archaeological and Egyptological issues, always learning much from her vast knowledge.

Handoussa was an extraordinary woman. She always treated everybody she met in the same elegant and helpful way, always assisting them as much as she could. She was unfailingly generous, supportive and sensitive. In some ways she was a lady from a different period, an unrivalled aristocratic lady of Egyptian archaeology.

We will all sorely miss her, but her human, scholarly and educational legacy will remain alive among us forever.