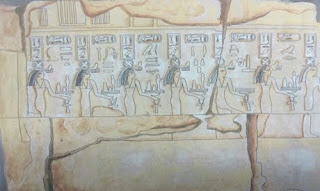 one of the senefru's blocks

A collection of 33 artefacts were transferred to the new Grand Egyptian Museum, known as the GEM, from a store gallery in the Giza Plateau.

A soft opening of the museum is planned for April 2018.

Tarek Tawfiq, general supervisor of the GEM, said that the artefacts includes three limestone columns of King Djedka Re Isesi, a fifth dynasty king of the Old Kingdom, as well as 30 stone blocks from the western wall of the temple of King Senefru, the founder of the fourth daynasty, which had been put in storage in 1960.

"The most important of these blocks are those belonging to the lower carved part of the wall," Tawfiq said.

The carvings on the blocks depict a group of women carrying offerings as they perform religious rituals inside the temple, while walking towards the king. There is also a cartouche in the name of King Senefru. These women, he said, represent Egypt's various regions in the Old Kingdom, which included 42 regions in the reign of King Senefru. 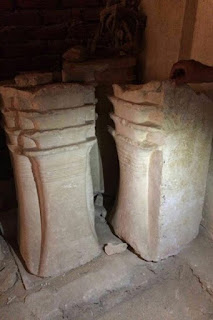 the columns of Djedka Re Ises 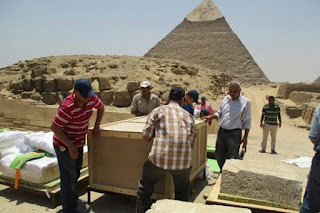 Akiko Nishasaka, the director of the project from the Japanese side, said that the project was carried out within the framework of the Egyptian-Japanese project to transfer 71 artefacts to the GEM in cooperation with the Japanese International Cooperation Authority (JICA).

She said that within the project, a number of items from King Tutankhamun's treasured collection had been transported, including a bed, a chariot, and three pieces of textile.

Eissa Zidan, the director-general of restoration at the GEM, said that the conservation team used advanced scientific methods and high-tech equipment in packing and transportation. 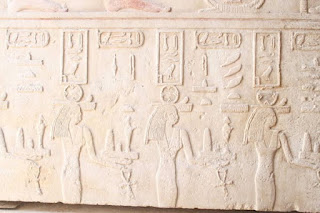 one of the senefru's blocks 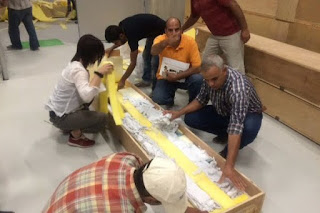 The arrival of the objects