The Pharaoh's Magic – Imagery and Diplomacy in the Late Bronze Age

Today we imagine Egyptian magic through the lenses of the Bible and films. But what was the 'actual' role of ancient Egyptian magic in the royal palace when the king received foreign delegations?

Imagine you are an upper class Hittite. In your own country you serve your king and live a comfortable life in a spacious estate surrounded by many exotic luxury goods. You have the respect of your peers and command the service of the rest of the population. As a friend of the king of Hatti you are also well-versed in foreign politics, and so you are assigned to visit the king of Egypt and deliver gifts.

So you gather your horses and servants to load your caravan for the trip south. After traveling for a few days and nights, you are met by the embassy of the king of Egypt who welcomes you and showers you with kindness and compliments. The new travel mates provide extra protection for the precious goods you are bringing. As your caravan reaches the Nile, there is a ship waiting and you sail in comfort to meet the pharaoh.

An Egyptian envoy has told you that their king is god on earth with no equal, who will expand the borders of Egypt both north and south. Such veiled threats weigh heavily; there is pressure not to strain diplomatic relations between your king and the king of Egypt. In fact, the safety of your friends and family potentially rides on your proper behavior in the presence of the pharaoh. You know to follow the rules of the court in his presence; bow low in obedience, and reiterate your country's loyalty.

The next morning your delegation presents the gifts to the pharaoh. When you are brought before the king you prostrate low to the ground, with your head on the stone floor. You lay as if dead. The king orders you be lifted to speak and it is that moment you are brought to your feet and take witness of your surroundings.

And this is where the magic happens, literally. In the audience hall the king is surrounded by palatial decorations, many of which depict foreigners, that is to say, you. The most common of these depict a Nubian and a Levantine as captives with their arms bound behind their backs. These images of captive foreigners mostly adorn areas where they are stepped on by the pharaoh. In Egyptian ideology, the objects evoke the Egyptian idea written on one of king Tutankhamun's footstools, "every foreign land is under your (the king's) sandals." 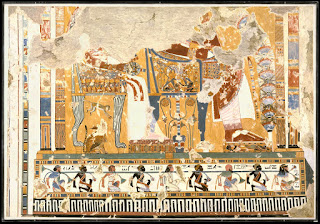 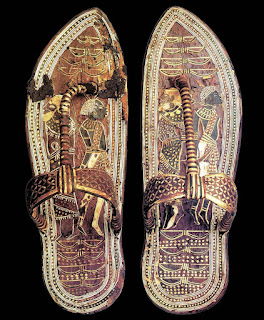 These images were tools of political intimidation when seen by foreign emissaries but they also functioned on a supernatural level. Many images of captive foreigners being crushed by the king were placed where they were not visible to palace visitors, for example the gilded arm of Thutmose III's throne and Tutankhamun's sandals and footstool. This imagery of destroying foreigners was not for the sake of foreign relations but because through Egyptian magic, images affect reality. The crushing of images has real life consequences. In the king's act of walking, or sitting on his throne, he is, through sympathetic magic, dominating all the people in the world. Foreigners were also the paramount symbol for the concept of "chaos" since the beginning of Egyptian history. Through captive foreigner imagery the king is performing one of his primary roles of destroying chaos and keeping cosmic order.

To the Egyptians, the king is shaping the invisible world and the tangible world as he sits on his throne. He is performing a supernatural action of crushing the foreigners while he greets real-life foreigners in the audience hall. Adding to this, the king is aware of his pivotal role in the universe even though he is corresponding with "brother kings" as if they were equals. 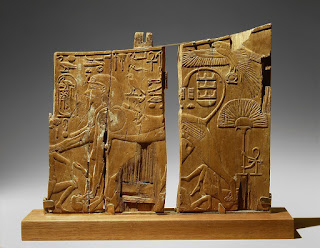 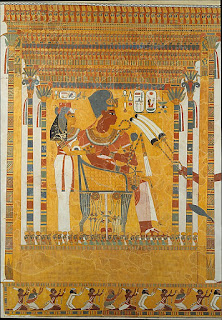 Let's again put ourselves in the sandals of the guest from Hatti to see how international relations were affected by imagery in the royal hall. While prostrating, you would surely have a good look at the dais, a platform elevating the king above all others in the room, which was sometimes decorated with bands of captive bound foreigners. Captive Levantines and Nubians could also be rendered on the throne base, throne arm, footstool and cane of the king. Emissaries at the palace of Ramesses II at Qantir would have even seen versions of themselves with their heads being gnawed off by a lion at eye level when bowing to the king. The stairs leading up to the throne could also be inlaid with images of dead foreigners that the king would trample en route to his throne. 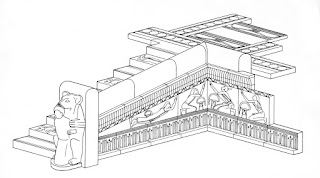 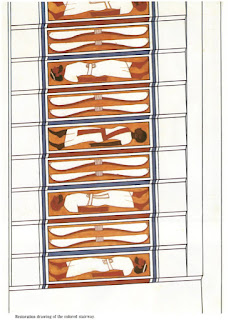 Without saying a word the captive foreigner imagery conveys a royal threat - if you do not obey the king, you will be crushed. Such depictions elevated the king in discussions with foreign emissaries at the palace.

But the story does not end here. Upon returning home the foreign delegates would relay their experience to their king. In letters corresponding with the pharaoh (written in Akkadian, not Egyptian) brother kings expressed concerns that the parity established through friendly letters and gifts was not being properly expressed to the people of Egypt. In one letter a Babylonian king inquires why his gifts were being displayed with those of a vassal state's tribute. In another, a Hittite king is upset with the fact that Ramesses II represents a military victory on Egyptian temples when the battle actually resulted in a draw.

Such correspondence reminds us of one of the basic problems in interpreting the historical record. If there is a state sponsored version of reality, another version of reality corresponding with the archaeological record likely exists as well. If written down, we may even come across a third or a fourth version, as understood by separate ancient kingdoms. These different realities can exist at the same time within the minds of the people who are actively creating history.

By imagining circumstances that existed in the past the modern reader is reminded to be alert to narratives propagated through state sponsored ideologies. By identifying historical precedents, including 'magical' ones, perhaps scholars can help limit the damage when political realities collide today.

Flora Brooke Anthony holds a PhD from Emory University and is the author of Foreigners in Ancient Egypt: Theban tomb paintings from the early Eighteenth Dynasty (1550-1372 BC).