Thanks to Michael Collins Dunn's MEI Editor's Blog for pointing me to this. Reminds me of earlier days spent sipping Stella in a lawn chair in front of the Etap and watching nothing in particular.


Beer was first brewed by the Sumerians in Mesopotamia and the Pharaohs in ancient Egypt nearly 6,000 years ago. Sumerian beer was a porridge-like concoction that had to be sipped with a straw to avoid consuming the floating bits of grain. In fact, it is believed that the Sumerians invented the straw for the very purpose of drinking this dense beer. On the other hand, the beer produced in ancient Egypt was far more refined, lighter in color, smoother, and closer to what we drink today. Modern brewing began at the end of the nineteenth century when foreign entrepreneurs had a vision to make Egypt a beer producing country once again. On Stella's 120th anniversary, let's celebrate the Pharaohs for introducing fine lager to the world.

On May 15 1897, Belgian investors opened Crown Brewery, Egypt's first brewery, in the Ibrahimieh district of Alexandria. Up until then Egypt's growing expatriate community had depended on imported beer, most notably Guinness, Tennent's, and Becks to quench their thirst. A year later the same investors opened a second brewery on the outskirts of Cairo called Société Anonyme Brasserie des Pyramides (Pyramid Brewery). In 1997, I had an assignment for the Financial Times to illustrate a story about the newly privatized Al Ahram Beverage Company (ABC), the ancestor to both Crown and Pyramid breweries and the company that produced Egypt's flagship beer, Stella. At the time, the Egyptian government was in the process of selling off many state-owned companies as a means to stimulate the economy. For ABC the timing of the sale could not have been better because the company was about to become 100 years old. There was a lot of buzz surrounding the sale of ABC to an international investment group led by Ahmed Zayat, a charismatic young Egyptian-American, who was about to shake up an institution that had been stagnant for decades. Zayat would shake up the horse racing world decades later when his horse, American Pharoah, won the Triple Crown in 2015, a feat that had not been accomplished since 1978.

I also was quite excited about the assignment and was looking forward to finding out what went into this beverage that I had been drinking since I first arrived to Egypt in 1979. Even though other locally made alcohol was widely available, Stella was a drink of choice, but nobody seemed to know how it was actually produced. Rumors persisted that untreated Nile water was the reason for the often-unpredictable quality of the beer.

ABC's headquarters was located in the original building on the outskirts of Cairo. The old majestic stone structure looked more like a palace than a brewery. The interior was dark and noisy as both man and antiquated machinery worked tirelessly to produce Egypt's golden lager. Just like the economy, the brewery was about to get a major overhaul. The days of an inflated workforce were coming to an end, as the latest technologies in beer making were about to be introduced. 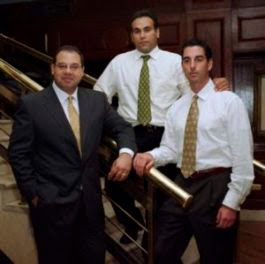 After I finished going around the plant photographing the different stages of production, I had an idea, which I wanted to discuss with the management. I was promptly taken to the office of Steven Keefer, the American financial adviser to the new CEO. I asked Keefer if there were any plans to celebrate ABC's centennial, and expressed my interest in producing a small corporate book showcasing the history of the company. He immediately liked my idea and said it would fit in nicely with other planned events, but requested a formal proposal with a budget which he would pass on to Zayat for approval. As soon as I submitted the proposal, I got the go-ahead and was authorized to hire additional people to help me create the book 100 Year of Gold, 1897 – 1997.

The following exhibition contains photographs and memorabilia from my personal collection showing the company as it evolved from the original Crown Brewery in Alexandria to a state of the art brewery in El Obour outside of Cairo, 100 years later. The accompanying text is written by Omar Foda, author of the upcoming book, Grand Plans in Glass Bottles: A Social, Economic and Technological History of Beer in Egypt 1880-1970. Omar's grandfather, Ismail Omar Foda, was director of ABC from 1963 to 1985. 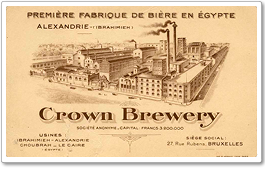 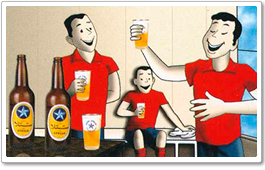 Stella Beer Labels
and other Memoriabilia: 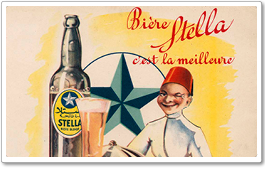