The Strategic Use of Hostages in the Ancient World | Ancient Origins

The Strategic Use of Hostages in the Ancient World

The practice of taking hostages is not a new phenomenon but has existed since ancient times, and was a strategic tool employed by various civilizations around the world, particularly during times of war.

Ancient peace treatises at times required the defeated party to provide hostages to the victors. These hostages were meant to serve as a guarantee to the victors that their defeated enemy would not go to war against them once again. Sadly, it was often the children of vanquished rulers that were used as pawns in these dangerous games. 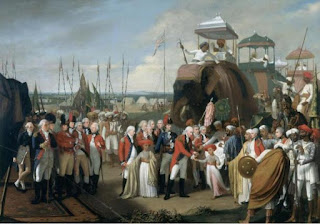 During the military campaign of Thutmose III in Syria during the 15th century B.C., the Egyptian pharaoh took hostages from the various city-states he conquered, and sent them back to Egypt. These hostages were normally the sons of kings, and were taken to ensure that their fathers did not revolt against Egyptian rule. 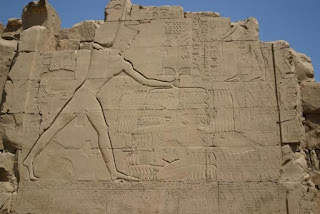 The hostages sent to Egypt would be educated in Egyptian culture and society, or ‘Egyptianized’, so to speak. Once these ‘Egyptianized’ princes succeeded their fathers, and returned to their homelands, it was hoped that they would be loyal vassals of the Egyptian state, and increase the influence of Egypt in their lands. We do know that during the New Kingdom, the Egyptians had an institution called the kap or ‘Royal Nursery’. It was here that foreign princes were educated alongside sons of the Egyptian elite. Among the foreign princes who ‘graduated’ from the kap was one Hekanefer, a prince from Miam in Nubia, who was a contemporary of Tutankhamun. The influence of Egyptian culture on Hekanefer can be seen in his tomb, where the prince was given a burial according to Egyptian customs. Interestingly, in the tomb of Huy, the viceroy of Kush, Hekanefer is depicted in his traditional Nubian clothing. 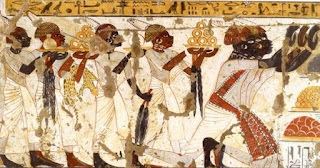 Hekanefer’s tomb reveals he was accustomed to Egyptian religious beliefs and customs. The tomb contained the Egyptian funerary figurine known as ushebti. (The Oriental Institute)

The concept of a ‘Royal Nursery’ for the education of foreign princes was also carried out by the Romans. For the Romans, taking hostages in return for promises of peace from the enemy was seen as an act of clementia, or ‘mercy’. Some ‘enemies’, however, were not too happy with offering their children as hostages to Rome. In Caesar’s The Gallic Wars, for instance, one reason for the renewal of hostilities by the Gauls was because they were “indignant that their children were torn from them under the title of hostages”. Nevertheless, there are certain benefits that hostages may reap by forming strong bonds with their captors. 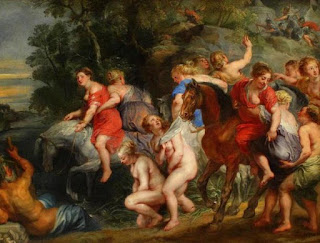 As part of the peace treaty which ended the war between Rome and Clusium in 508 BC, Roman hostages were taken by Lars Porsena. One of the hostages, a young woman named Cloelia, fled the Clusian camp, leading away a group of Roman virgins. ‘Cloelia passing the Tiber’ by Peter Paul Rubens (Wikimedia Commons)

Herod the Great, the Roman client king of Judaea, was one who chose to send his sons, Herod Archelaus, Herod Antipas and Philip, to Rome as hostages. This practice was continued with Herod’s grandson, Herod Agrippa, who was sent to Rome shortly after the execution of his father, Aristobulus. Amongst his companions in Rome were the future emperors Caligula and Claudius, with whom Agrippa developed strong friendships. It was due to these relations that Agrippa was able to reunite all the territories once ruled by his grandfather, a feat that earned him the title ‘the Great’.

Less fortunate was the Roman emperor Valerian. According to the Byzantine historian, Zosimus, the emperor Valerian desired to end the war with the Sassanians by offering them money. The Sassanian king, Shapur, however, sent the ambassadors back to Valerian, with the message that he desired the emperor to come and parley to him in person. Valerian consented, and went to Shapur with a small retinue. Instead of negotiating the terms for peace, Valerian was seized by the Sassanians, and “ended his days in the capacity of a slave among the Persians”. 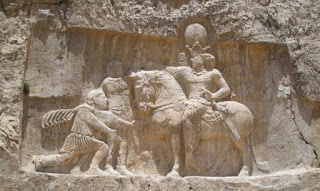 Sassanian carving at Naqsh-e Rostam, Iran, depicting the triumph of Shapur I over the Roman Emperor Valerian (Wikimedia Commons)

Another writer, Lactantius, depicts Valerian’s fate after being taken as a hostage. In his aptly named work, On the Manner in Which the Persecutors Died, Lactantius wrote that the emperor was used as a human footstool whenever Shapur wanted to mount his horse. It is also claimed that no one sought to avenge his capture, and neither did anyone demand him back. Additionally, after Valerian’s death, Lactantius claims that “he was flayed, and his skin, stripped from the flesh, was dyed with vermilion, and placed in the temple of the gods of the barbarians”. 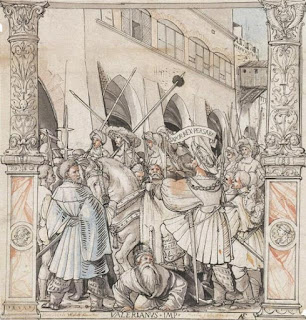 The Humiliation of Emperor Valerian by Shapur, King of Persia, by Hans Holbein (Wikimedia Commons)

Featured image: During the sack of Rome by the Vandals in the 5th century AD, the Vandals took hostages include Roman Emperor Petronius Maximus’ wife. (Wikimedia Commons)

Dollinger, A., 2012. The kap. [Online]
Available at: http://www.reshafim.org.il/ad/egypt/institutions/kap.htm