Al Jazeera - The future of ancient sites in the Middle East 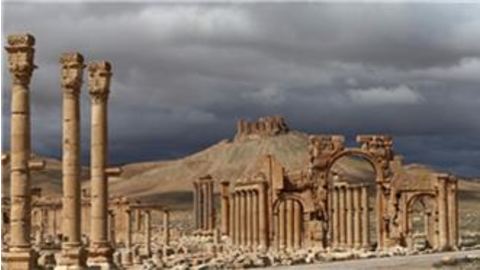 The future of ancient sites in the Middle East

The  meeting last week of the world heritage committee of Unesco, the United Nations' cultural body, in the steely corridors of the Bonn world conference centre in Germany, was less celebratory than usual, overshadowed by the mass destruction of cultural heritage across the Middle East, and in particular the Islamic State of Iraq and the Levant's (ISIL) campaign of destruction and desolation in Iraq and Syria.
Irina Bokova, director-general of Unesco, opened the Bonn session with an address about the importance of protecting Iraq's intangible cultural heritage. Unesco has even published a special Iraq issue of its publication entitled World Heritage to coincide with the Bonn conference. But the most sombre moments of this conference were the additions of new sites to Unesco's ominous list of world heritage in danger.
Unesco has now added Hatra, an ancient desert-city of the Parthians, to their list which already included two other Iraqi sites - Samarra, famous for its spiral tower, and Ashur, ancient capital of the Assyrians.
Hatra was attacked by ISIL earlier this year, at around the same time the organisation demolished the giant winged sphinxes and other ancient monuments at Nimrud, and filmed the destruction of antiquities housed in the Mosul museum.

High-profile acts of destruction
But inscribing Hatra, and other sites in the region, onto the list of world heritage in danger will do little, if anything, to stop ISIL's plundering of ancient sites. In fact, emphasising the cultural significance of Hatra - which was previously little-known outside of academic circles - might even sharpen ISIL's focus on the propaganda benefits of further high-profile acts of destruction.
And since there is little that can be achieved militarily to stop ISIL attacking ancient sites under its control - at best, airstrikes have been carried out against bulldozers used by ISIL to flatten some sites and to facilitate systematic looting - Unesco and other cultural heritage protection institutions must look to new methods to staunch the losses.
One important strategy is the engagement of local communities in the protection of cultural heritage. The proposition is straightforward - by giving local communities a share of the profits from tourism and by demonstrating to them the long-term economic benefits of building a sustainable tourism industry on the foundations of cultural heritage sites, communities will be incentivised to protect heritage sites from looting, uncontrolled commercial development, and destruction on ideological grounds.
Unesco has been leading the way, with the importance of community engagement emphasised in events at the Bonn session, and releasing a policy paper on the issue in November 2014.
At the national level, the efforts of the Department of Antiquities of Jordan, and of archaeologists from the Egyptian Heritage Task Force, among other institutions in the region, have increasingly focused on involving local communities in the protection of ancient sites and the development of sustainable tourism.

Stiring up resentment
As a necessarily speculative case-study, ISIL'
s stated policynot to destroy Palmyra - the spectacularly preserved Roman oasis-town in eastern Syria that it captured in May - may be driven by a reluctance to alienate the local population in one of the most strategically important Syrian cities under ­­ISIL control.
Palmyra's economy is reliant on tourism and, for those inhabitants still hoping to welcome tourists back to Palmyra one day, destroying the ancient site would at once deprive them of their livelihoods and stir up resentment against ISIL.
Even so, Palmyra's future looks bleak. ISIL has apparently mined the area around the ancient site, blown up two nearby shrines, and smashed plaster copies of antiquities in the Palmyra museum - the originals had been evacuated by officials retreating ahead of the city's fall to ISIL.
Nor should we rely too heavily on the assumption that ISIL is reluctant to alienate the inhabitants of Palmyra - immediately after capturing the town, ISIL was reported to have killed hundreds of people, including executing a number of Syrian soldiers in the ancient site itself.

The future of ancient sites
Most recently, on July 2, ISIL destroyed a number of antiquities that had been left in Palmyra, including the priceless Lion of al-Lat, a 2,000-year-old stone statue of a pre-Islamic Arabian goddess.
While we cannot say for certain whether the relationship between the local community in Palmyra and the tourism industry has played a part in sparing that city's ancient ruins so far, with so many other strategies exhausted and discarded, community engagement needs to be deployed in the cultural war against ISIL.
In contemplating the future of ancient sites in the Middle East, the officials attending the Unesco world heritage committee meeting in Bonn will have been well aware of the disturbing developments in Palmyra, and in particular of the destruction of the Lion of al-Lat, which ISIL announced as the committee was in session.
They will not have need a reminder, but if they did, they needed only to look up at the flag of the city of Bonn, flying over the conference centre, and to the golden lion staring back at them.