On July 4, Interpol issued a warning to Mediterranean countries to be on the alert for an attempt by Islamic State (IS) militants to carry out an armed attack at sea. The attack would presumably be against a "tourist target" for maximum effect and would be organized and staged from Libya. Although Interpol did not specifically cite cruise ships as the intended target, such ships would be an obvious choice. The warning came after a succession of Islamic State inspired attacks against popular tourist destinations along the North African shore.

The Islamic State has been calling on its supporters to attack popular Mediterranean tourist sites since at least 2014. On March 18, 2015, three IS affiliated militants attacked the Bardo National Museum in Tunis. Twenty-one people, mostly European tourists from two recently arrived cruise ships, were killed during the attack and one more victim died 10 days later from injuries suffered during the incident. An additional 50 people, also mostly tourists, were injured. 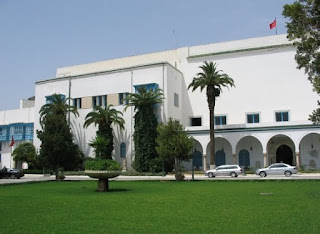 Three months later, on June 26, a second attack at a beach resort in Port El Kantaoui near Sousse resulted in the deaths of 38 foreign tourists, most of them British. A lone gunman, identified as 23-year-old Seifeddine Rezgui, armed with a Kalashnikov assault rifle, opened fire on the beach in an attack that lasted for approximately 40 minutes. The attack prompted both the British and Danish governments to urge their citizens to return home and brought a wave of cancellations by prospective visitors.

Tunisian president Beji Caid Essebsi declared a state of emergency, fired dozens of Tunisian government employees, including the governor of Sousse, for an inadequate response and deployed hundreds of police officers to guard popular tourist sites. The tourism sector employs some 400,000 Tunisians and is responsible for seven percent of Tunisia's GDP. The economic impact of the two terrorist attacks on Tunisia's tourist industry is estimated to be half a billion dollars.

In the meantime, in Egypt, on June 10, an Islamic State inspired suicide bomber and two other militants attempted to stage an attack against tourists outside the Temple of Karnak near Luxor. The Egyptian tourist industry had been free of any such attacks since an incident in November 1997 when jihadist gunmen opened fire on tourists at Luxor's 3,400-year-old Hatshepsut Temple killing 58 tourists.

In the Karnak incident, Egyptian police opened fire on the militants when two of them pulled out their weapons, killing one and injuring another. The suicide bomber detonated his bomb and was killed. There were no other fatalities. Islamic State did not take credit for the Luxor attack, although the militants claimed they were responding to Islamic State's calls to attack tourist locations. The attack capped a series of low level attacks against security officials at popular tourist sites that have been going on for the last several months.

Tourism is absolutely vital to the Egyptian economy. At its peak in 2011, the industry provided 1 in 12 jobs in Egypt, generated revenues of 12.5 billion dollars and represented 11 percent of GDP and 14.4 percent of foreign currency revenues. Since 2010, tourism in Egypt has dropped by around 30 percent.

In the meantime, in the Sinai, the Islamic State affiliated Ansar Beit al-Maqdis (Partners of Jerusalem) have been conducting a fierce insurgency against the Egyptian military in North Sinai. They have now threatened to begin attacking the popular tourist resorts along the Red Sea in the south.

To date attacks against tourists have occurred along the North African side of the Mediterranean. The fear is that such attacks may spillover to the European side of the Mediterranean as well. Beaches and ports are singularly vulnerable to attack. Both are open to the sea, are prone to smuggling, and are difficult to secure. Beaches, moreover, offer little cover to tourists from attackers. Tunisia's response notwithstanding, most Mediterranean tourist venues have minimal security.

According to the World Travel and Tourism Council, collectively, the Mediterranean tourist industry directly generates around 380 billion dollars in revenues and employs about eight million people. An additional 12 million people are employed indirectly by tourist dependent industries. In total, tourism related or dependent spending in the Mediterranean region is approaching one trillion dollars in turnover. In 2014, approximately 300 million tourists visited the Mediterranean region. 80% of those visitors were from Europe; approximately 10 percent were from North America and the balance from elsewhere in the world. 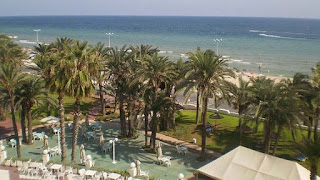 In addition to being a vital source of foreign exchange and income, Mediterranean tourism provides millions of low skilled jobs. Such jobs have often been an entry way for economic advancement. If these jobs are lost, they will be difficult to replace in other economic sectors.

Given its size and diversity, Mediterranean tourism will prove to be a resilient industry. The combination of history, culture and "fun in the sun," combined with its proximity to Europe's tourists, will make it a popular tourist destination regardless of what terrorist attacks occur.

Islamic State and other jihadist groups simply don't have the wherewithal to attack the industry on a Mediterranean wide basis. For the most part tourists will opt to avoid high risk areas in favor of lower risk countries or venues. Targeted attacks against popular tourist destinations in North Africa as well as against beaches, ports and possibly cruise ships in the Mediterranean region, however, can prove extremely disruptive and will cause significant dislocations within the tourist industry. 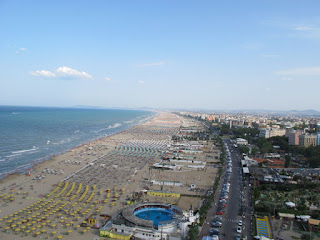 For the most part, few tourists will be exposed to any significant danger or threat of attack. The remote danger of being the victim of a terrorist attack is not a reason to forego Mediterranean travel. It is, though, a reason to exercise caution and to be "situationally aware" of one's surroundings when in the region.

Continued random acts of terrorist violence, however, will create a climate of fear that will impact both the overall size of the industry and travel patterns and on a local basis will result in significant economic hardships. Like ripples in a pond, Islamic State inspired violence will continue to wash ashore across the length of the Mediterranean Sea.