9 tourist attractions that are dying - CNN.com


9 tourist attractions that are dying

By Milena Veselinovic, for CNN 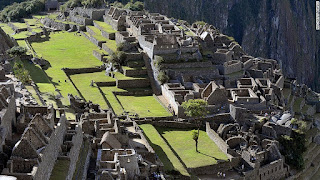 Machu Picchu is one of the best known sites in the world.

(CNN)The dilemma is sometimes likened to a double-edged sword.

Historical and natural sites of extraordinary beauty often draw large numbers of visitors to the countries that host them, providing a healthy tourism revenue. However, those same crowds often have a detrimental effect on the places they visit, sometimes leading to significant damage, which has in recent years sparked a debate whether tourist numbers should be capped.

"Sites all over the world are under threat at any given moment. Apart from the monuments and ancient cities in the Middle East, I would say historic districts of major cities in Asia face the highest threat due to the unchecked sprawl and development," says Stefaan Poortman, executive director of the Global Heritage Fund which aims to protect the most endangered cultural heritage sites in the developing world.

"Tourism is not regulated well enough and the massive influx is putting a strain on sites all over the world. The most well-known sites like Angkor or Machu Picchu are really swamped with tourism. Not only does it affect the sites but at a certain point, if unchecked, tourism can negatively impact the quality of life for local communities as well," he adds.

Below are some of the world's most beautiful sites that are on the brink of collapse. 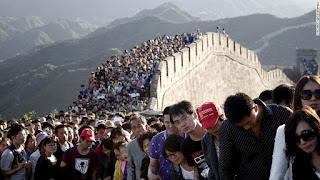 Large chunks of the Great Wall of China have been damaged by huge visitor numbers and natural erosion.

Stretching for thousands of kilometers, China's mighty wall was built to defend the onslaught of attacking armies, but it's the hordes of tourists that occupy it these days. Sections of the wall are sprayed with graffiti and according to Beijing Times, 30% of the fortification has disappeared due to natural erosion and human damage. 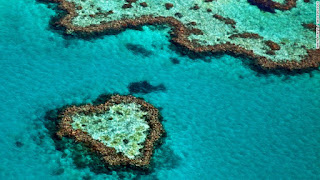 The Great Barrier Reef in Australia seen from the air.

The world's largest coral reef ecosystem hosts scores of marine species, but scientists say that it could become extinct as soon as 2050 due to climate change. This would undoubtedly be an environmental disaster, but would also mark the end of the multi-billion dollar tourist industry which is based around the reef, with grave consequences for the local economy. 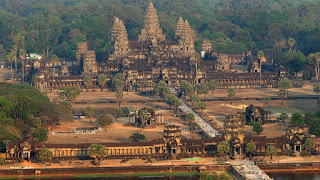 Cambodia's Angkor Wat was visited by more than two million people in 2013.

The ruins of Cambodia's once-magnificent temple complex are now overrun with smartphone-toting tourists jostling for the best position from which to capture the spectacular sunrise. With an annual increase of nearly 20% year-on-year visitors, according to the Cambodian tourist board, more than two million people visited Angkor Wat in 2013.

"I think that many sites need to determine cultural and environmental carrying capacities, and then limit visitation numbers to sustainable numbers," says Poortman. 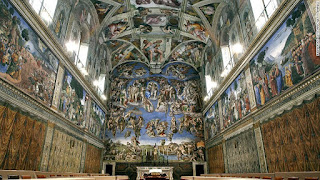 The ceiling of Vatican's Sistine Chapel was painted by Michelangelo.

Michelangelo's masterful frescoes which grace the ceiling of the Vatican's Sistine Chapel took four years to paint, but many of the millions of tourists who come to admire them each year are caught flouting the ban on flash photography. They also breath out carbon dioxide which damages the artworks. Last year a new heating and cooling system was introduced in order to try to combat the harmful side effects of tourism. Sensors and wall-mounted cameras also count the number of people in the chapel and regulate the temperature and humidity. 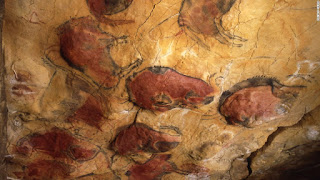 A fragment of paintings inside Altamira caves.

For years visitors have been flocking to see the exquisite drawings of bison inside the caves of Altamira, close to Spain's north coast. But the constant trudge of tourists caused damage to the Palaeolithic paintings, which are over 20,000 years old, and the Spanish authorities decided to close the site to the public in 2002. Last year, access to the caves was partially reopened, and five visitors a week are chosen at random and allowed inside the caves (they also have to dress in protective clothing). 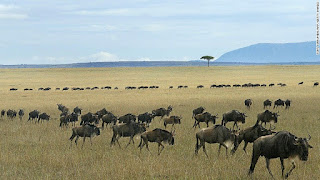 The vast expanses of the famous game reserve bring swathes of safari tourists every year. These travelers represent one of the most important sources of income for Kenya. But the large numbers of people who come to see unspoiled wildlife also put pressure on the area's resources, and the numerous lodges and camps have a negative impact on the environment as well. Poortman says that governments need to put caps to visitor numbers in places which could be seen as vulnerable.

"An important realization is that tourists are traveling to see and experience the natural and cultural assets that make a place unique. If sites no longer exist or are damaged, then ultimately the income from tourism will also fall." 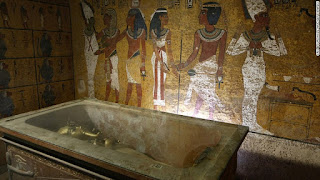 Moisture from the breath of decades of visitors has caused the deterioration of Tutankhamun's original tomb.

Last April, the Egyptian Pharaoh's tomb was closed to the public after moisture from the breath of decades of visitors has caused it to deteriorate. In it's place, an exact replica was opened nearby. The copy was created by Spanish-based firm Factum Arte under the supervision of Egypt's supreme council of antiquities. The team used laser scanners and high definition printers to recreate the precise textures and colors of wall murals depicting the afterlife. 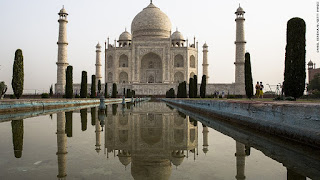 Completed in 1643, Taj Mahal was built by the Mughal emperor Shah Jahan in memory of his third wife, Mumtaz Mahal, who is buried there alongside Jahan.

The mausoleum of the Mughal emperor Shah Jahan's favorite wife, Mumtaz, has stood as a symbol of enduring love since mid the 17th century. The site is visited by four million tourists each year, but it's exactly this tide of people has started to take its toll on the structure. Experts have also said that the decline in water level of the nearby Yamuna River is affecting the wooden foundation.