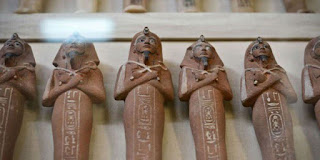 For 13 years, the excavation permissions were limited only to Egyptian missions to explore treasures in Upper Egypt but due to the “successive requests from foreign Universities and researchers, the council agreed to give the licenses after 13 years of suspension,” Amin told Youm7 without going into further details on number of the foreign missions applied for the permits.

Allowing any foreign mission to search the Egyptian artifacts should be approved by the Ministry of Tourism and five other sovereignty bodies, former head of the SCA Abdel Halim Nour el-Din told The Cairo Post Saturday.

Moreover, the mission should be escorted by security forces and accompanied with Egyptian archeologists, Nour el-Din said, noting that the mission should pay certain fees. He added that all the excavated artifacts should be documented only under the supervision of the Antiquities Ministry.

In March, the Director-General of Upper Egypt Antiquities Sultan Eid said told media reporters that only 60 foreign missions are “researching in the Luxor.”

Among the active foreign missions is the Spanish one headed by Dr. Myriam Seco Álvarez of the Academy of Fine Arts of Seville who is excavating in the Thutmosis III Temple at the Deir el-Bahari in Luxor, where a 4,000-year-old female mummy wearing jewels in the necropolis was unearthed.