Renovation at the 550 year-old Hawd of Sultan Qaytbay completed 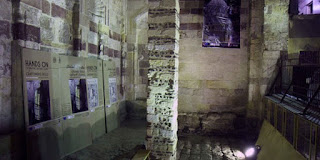 CAIRO: The Hawd (drinking-trough for animals) of Sultan al-Ashraf Qaytbay located within Cairo’s ‘City of the Dead’ was reopened for public Wednesday after the completion of a one-year renovation project.

The Hawd is a part of mediaeval Islamic architecture masterpiece; a complex consists of Mosque,Madrasa and Mausoleum built by the Mameluk Sultan al-Ashraf Qaytbay who ruled between 1468 and 1496. 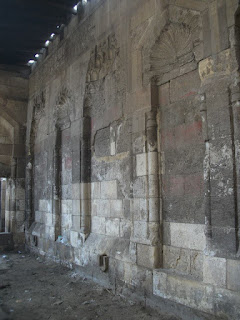 “The project of conservation, research and adaptive re-use of the Hawd was carried out in 2014-2015 by the Cairo-based ARCHiNOS Architecture,” Antiquities Minister Mamdouh al-Damaty told The Cairo Post during the inauguration ceremony Wednesday. 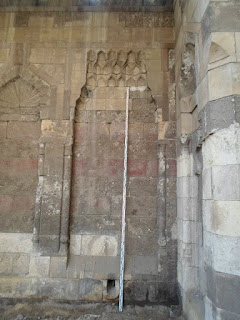 The work was also financed by the European Union Delegation to Egypt with a contribution from the Kingdom of Netherlands, affiliated to the German Archaeological Institute in Cairo and supervised by the Historic Cairo Project of the Antiquities Ministry, he added. 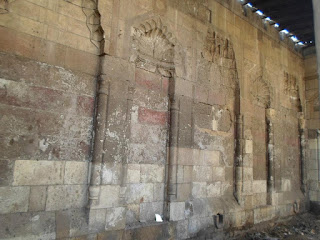 The decoration carved in stone, with some original colors remaining, was cleaned and consolidated. The purpose of the work was to preserve the original material. Where it was lost, no imitations were made, said Damaty. 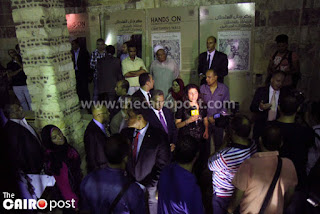 “The purpose of the renovation work was to preserve and protect the existing historic material, without making modern imitations of what has been lost. An important objective was to present the authentic material in such a way that it can be understood and appreciated,” Director of ARCHiNOS Agnieszka Dobrowolska told The Cairo Post.

To prevent the site from becoming a rubbish dump again, the hawd has been adapted for use as shower room for the local traditional craftsmen, so the people of the neighborhood have a stake in taking care of it, Dobrowolska said. 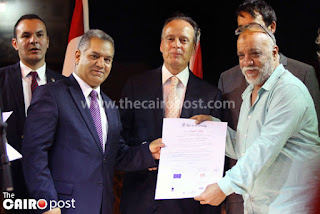 “During the renovation process, the waste and damp soil accumulated inside the building were removed and the original pavements, as well as the water basin for the animals to drink were exposed,” Dobrowolska added.

Behind the hawd are remnants of service buildings of the once vast funerary complex, including a water-wheel that supplied the hawd, according to Dobrowolska. 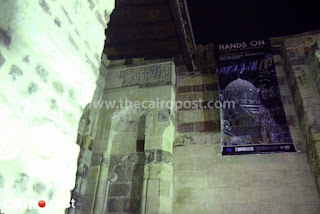 “Charities providing drinking water to animals (hawd) were not as common in Cairo as those serving people (sabil), but quite a number have been preserved. Sultan Qaitbey built at least three in the city,” Professor of Islamic history at Minya University Fathy Khourshid told The Cairo Post.

The long Reign of Sultan Ashraf Qaitbay, between 1468 and 1496 was the zenith of the Mameluk state, Khourshid said, adding that the Mameluk Sultanate was prosperous with commercial links to Europe, Asia and Africa.

“When he died, aged 86, he left behind no less than 230 monuments throughout Cairo and other cities in Egypt as well as Jerusalem, Mecca, Gaza, Damascus and Aleppo,” said Khourshid. 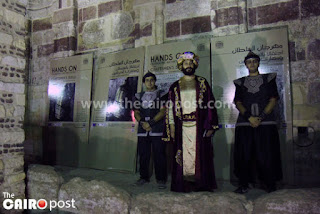 The stone surface was cleaned manually with brushes and chisels, said Dobrowolska, adding that “harmful salt deposits and remains of cement plaster were removed. The joints were re-filled and missing stones were re-installed.”

We hope that making the building useful for the local craftsmen will raise awareness of the importance of historic heritage within the community, and perhaps be a model for the revival of other monuments, said Dobrowolska. 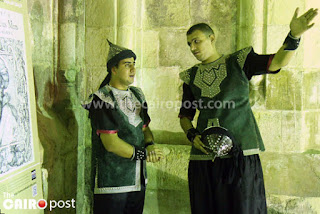