This month marks the anniversary of the Fatimid conquest of Egypt in 969 CE, writes Nevine El-Aref 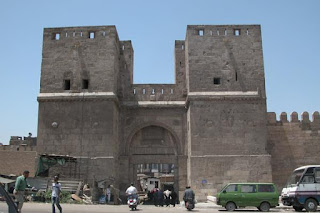 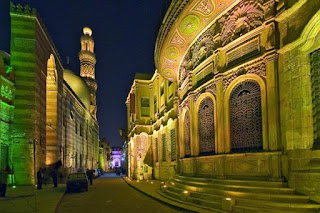 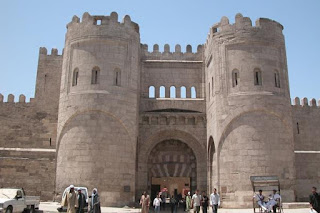 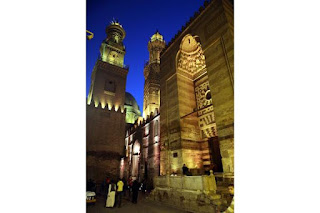 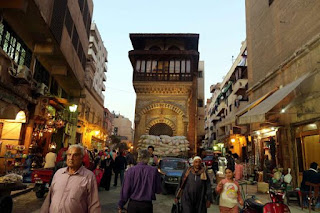 Eleven centuries ago, the Fatimids conquered Egypt, in what was the first leg of the expansion of their empire from Sicily to Sind. From the time of the creation of the Fatimid Empire in Tunisia in December 909 CE, the Fatimids had searched for a new capital that would be closer to Syria, Palestine, Arabia and the Mediterranean islands. They found it in Egypt.

The Fatimids claimed to be the descendants of the Prophet Mohamed from his daughter Fatemah Al-Zahraa and Ali Ibn Abu Taleb. They conquered Egypt in July 969 after only five months of fighting.

According to Mohamed Abdel-Latif, head of the Islamic and Coptic Antiquities Department at the Ministry of Antiquities, Egypt fell to the Fatimid commander Gawhar Al-Seqeli without great resistance as the Ikhsidid Dynasty, which then ruled the country, was falling apart and was unable to put up a convincing defence.

Egyptians welcomed the Fatimids, he told the Weekly, because they were the descendants of the Prophet Mohamed and would rid the country of the unpopular Ikhsidids.

On the orders of the Fatimid caliph, Al-Muizz Li-Din Allah, Al-Seqeli built the empire’s new capital, Al-Qahira (the Triumphant), today the heart of Islamic Cairo, which soon became a place of opulent palaces, mosques, madrassas (schools) and sabils (fountains), and the prestigious mosque-university of Al-Azhar.

During their two centuries ruling Egypt, the Fatimids gave rise to outstanding cultural development and exquisite arts, making the period one of the most flourishing and brightest not only in Egypt’s history but throughout Islamic civilisation as a whole.

Assistant for Islamic and Coptic Monuments at the Ministry of Antiquities  Mohamed Abdel-Aziz told the Weekly that Al-Seqeli built a mud brick wall around the new city of Al-Qahira, 1,080 metres in length. The area of the city at the time was some 1,166 square metres, while the palace of Al-Muizz was 240 square metres and its garden, known as Al-Bustan Al-Kafuri, 120 square metres. Cairo’s streets, alleys and houses were built on an area of 686 square metres.

Al-Seqeli left a gap in the city’s wall for the further expansion of the capital. The wall also had nine gates, three of which are still standing today: Bab Al-Nasr (Gate of Victory) and Bab Al-Futuh (Gate of Conquest) are to the north; Bab Al-Barakiya (Gate of Blessedness) and Bab Al-Qarateen are on the east; Bab Zuweila or Bab Al-Metwali, Bab Al-Farag (Gate of Succour), Bab Al-Akhdar (Green Gate) and Bab Al-Qantara (Gate of the Bridge) are to the south; and Bab Al-Saada (Gate of Happiness) are to the west.

Telal Al-Muqattam was the eastern border of the new city of Cairo; Al-Khalig Al-Kabir (The Great Canal) was on its western side; and the former Tulunid capital of Al-Qataa was located to the south.

The new city flourished and became very well known. According to the Persian traveller Naser Khesro, who visited Egypt in 1047 and 1049, it was “a great city with no fewer than 20,000 shops and baths as well as soaring edifices taller than the city’s fortified wall.” He said the buildings were well constructed and separated from each other with gardens irrigated by water from wells.

The original mud-brick walls later deteriorated, and 120 years later the vizier Badr Al-Din Al-Gamaly extended the city and built a second wall around it, this time made of limestone.

“The now double-walled city had a number of fortified gates protecting both the inner and outer city areas,” Abdel-Latif said, adding that the primary purpose of these was defensive, though they also differentiated the areas lived in by the different social and economic classes.

Many of the gates featured carved elements and decorative features representing the ruler’s and the city’s victories, power and faith. Three of the gates still exist —Bab Al-Nasr, Bab Al-Futuh and Bab Zuweila.

Before deciding to call the new capital Al-Qahira, Al-Seqeli named it Al-Mansouriya, after the name of the caliph Al-Muizz’s father. But upon his arrival in Egypt in 973, Al-Muizz changed the name to Al-Qahira in reference to the planet Mars (Al-Najm Al-Qahir) rising at the time when the city was founded.

“Although he ruled Egypt for only two years, Al-Muizz is the most important Fatimid caliph,” Abdel-Latif said, adding that during his reign Egypt enjoyed great prosperity. The caliph had a reputation for justice and tolerance of other religions besides Islam.

Coptic Christians enjoyed a high degree of freedom under Al-Muizz, and Copts were appointed to the highest offices of state and allowed to practice their religion freely. The relationship between Al-Muizz and the Copts was later the subject of a number of legends.

Fatimid literature also rose to prominence during the rule of Al-Muizz with the emergence of poets like Ibn Hani Al-Andalusi and Ali Al-Tunsi. The dynasty founded festivals such as the mulids of the Prophet Mohamed’s family and Al-Wakoud Nights (nights of fire).

The latter, Abdel-Latif explains, took place on the first and middle days of the months of Ragab and Shaaban. The inhabitants of the city would flock to the caliphal seat bearing fire and candles. The caliph would appear at the gate of his palace, his face seen through a mashrabiya window (a window with a wooden screen) and illuminated by the fire surrounding him. The Madih Nights (praising the Prophet and his family) were also established under Fatimid rule.

“Al-Muizz laid the foundations of the Fatimid Empire, but his son Al-Aziz bi-Allah is the one who really established the Empire,” Abdel-Latif said. He ruled Egypt for 20 years, during which time the country’s divan, or government, was extended. Al-Aziz also started to build a huge mosque, later completed by his son Al-Hakim bi-Amr Allah, still standing today as the Al-Hakim Mosque in Islamic Cairo.

Al-Hakim bi-Amr Allah ruled Egypt from the age of 11, when he succeeded his father as caliph. He had a famously contradictory personality. Although he had great skills, he used to issue strange laws and regulations, among them prohibiting the eating of mouloukheya (a kind of green soup) and ordering the killing of the country’s dogs and cats.

The Fatimid Empire started to decline during the second half of the caliph Al-Mustansir bi-Allah’s rule. After his 67 years on the throne, famine overwhelmed the empire and Fatimid power rapidly declined. Mercenary soldiers threatened to destroy the state, and the caliphs lost power to a series of viziers who later took the title of king.

Syria, Algeria, and Tunisia fell away from the empire, and the Normans conquered Sicily. Palestine was conquered by the Crusaders, and the Fatimids were left with little more than Egypt. When the Assassins, a radical religious group, killed Amir, the last caliph of any ability, the country fell into anarchy. In 1171, Adid, the 14th and last of the Fatimid rulers, died.

Before the decline of the Fatimid state, many customs that survive today were founded. Ramadan celebrations were particularly important during the Fatimid period.

“Many Ramadan celebrations and traditions created during the Fatimid Empire have lasted until today,” Abdel-Aziz said. The alleys and streets of the city were decorated with coloured lamps (fawanis) to announce the start of Ramadan, for example, and trade flourished, especially in the Nahasseen and Shamaaeen markets.

“Candles were sold in large numbers because children used to hold them and sing after the al-tarawih prayers. Sweets and nut markets flourished, providing the sugar for making al-alalik, a kind of sweet in the shape of lions and horses.

Kunafa and atayef, traditional Ramadan sweets, were also introduced during the Fatimid period. Today’s mawa’eid al-Rahman, food tables laid out during the month of Ramadan for the poor, were inspired by the huge tables of food ordered by rulers and top officials for the poor during Fatimid rule.

The gates of Cairo

Bab Al-Nasr (Gate of Victory) was the gate through which Egypt’s military contingents entered the city after their victories over enemies. Among the Mameluke sultans that later entered through Bab Al-Nasr were Al-Zaher Baybars, Al-Nasr Mohamed Ibn Qalawoun, and Qalawoun himself.

The gate is a massive fortified entrance with rectangular stone towers flanking the semicircular arch of the eastern portal. The original Bab Al-Nasr was built south of the present one by Al-Seqeli, and later by the vizier Al-Gamali under the caliph Al-Mustansir. The latter replaced the first gate with the present one, naming it Bab Al-Izz (Gate of Prosperity), though the original name remains in use today.

A significant decorative element on the gate is the shields on the flanks and fronts of the protruding towers, which symbolise victory in protecting the city against invaders. When the French invaded Egypt in 1798, Napoleon himself named each tower of the northern wall after the officers responsible for its security. The names of these French officers are carved near the upper level of the gates.

Bab Al-Futuh (Gate of Conquest) is located on Bab Al-Futuh Street. When Al-Gamali rebuilt the gate in 1087 he put both the Bab Al-Futuh and Bab Al-Nasr in their current positions and linked them with an underground passage. Bab Al-Futuh has two rounded towers with shafts in the middle for pouring boiling water or burning oil onto attackers. The gate is covered in vegetal and geometric motifs.

Bab Zuweila is considered one of the major landmarks of the city and is the last remaining southern gate from the Fatimid wall built in the 11th and 12th centuries. “Zuweila” is the name of a tribe of Berber warriors from the Western Desert, members of whom were charged with guarding the gate.

The gate has twin towers that can be accessed via a steep climb. In earlier times they were used to scout for enemy troops in the surrounding countryside, and in modern times they provide some of the best views of Islamic Cairo.

The structure also has a famous platform. Executions would sometimes take place there, and it was also from this location that the sultan would watch the beginning of the Hajj, or pilgrimage to Mecca.

During the Mameluke era, the gate was used to display the severed heads of criminals. Sultan Al-Zaher Baybars used it to display the head of the messengers of the Mongol leader Hulagu who had threatened to conquer Egypt in the 13th century CE.

To the west of the gate is the Al-Muayyad Sheikh Mosque, which originally was the prison where Sultan Al-Muayyad was held. While he was in the prison, he promised to build a mosque instead, and in 1415 he did so.