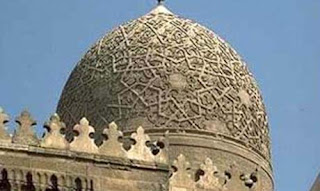 The dome of Qayetbay complex

After restoring the Sultan Qayt Bey loggia in Cairo's Mamluk cemetery, Egypt's antiquities ministry is to transform it into a centre to sell local handicrafts.

The European Union's delegation in Egypt is to provide the budget for the loggia's transformation and the ministry is to supervise the works, Minister of Antiquities Mamdouh Eldamaty told Ahram Online.

Mohamed Abdel Aziz, the Minister of Antiquities' Deputy for Islamic and Coptic Monuments, describes the project as "important" because it would contribute to conserving the monument through constant use and regular maintenance.

"It will also help to promote the handicrafts produced by local residents and raise awareness of the country's cultural heritage," Abdel Aziz said.

The construction of Qayt Bey's funerary complex started in 1470 and was completed in 1474. It includes the loggia, whose features include stained glass, as well as a mosque, a mausoleum, a waterwheel, and animal drinking troughs.

When it was first built, Qayt Bey's complex made up an entire royal quarter in the then lightly urbanised desert cemetery area east of Cairo. 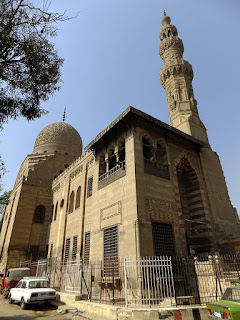