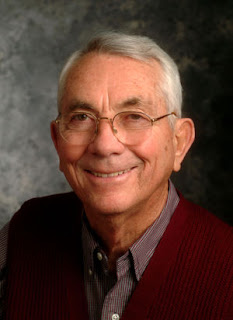 DALLAS -- Noted archaeologist Fred Wendorf — who excavated the so-called "Midland Man" site and who is credited with discoveries in Africa and the American Southwest — died in Dallas Wednesday following a long illness. He was 90.

Wendorf's career as a field archaeologist spanned six decades and he spent four decades on the faculty of Southern Methodist University. He retired in 2003 as the Henderson-Morrison Professor of Prehistory Emeritus, according to a press release from SMU.

Wendorf was born July 31, 1924, in Terrell, and as a teenager developed an interest in archaeology while roaming the fields of Kaufman County in search of Native American artifacts. He earned a bachelor of arts in anthropology in 1948 from the University of Arizona and a doctorate from Harvard University in 1953.

Wendorf's excavation in 1953-1955 of the Midland Man site — which was six miles southwest of Midland along Monahans Draw — was his first archaeological "milestone," according to the release. The Late Pleistocene human burial was at the time one of the oldest human remains to be found in the Americas.

Before joining the SMU faculty in 1964, Wendorf worked as an archaeologist and associate director for the Museum of New Mexico and on the anthropology faculty at Texas Tech University.

"Fred Wendorf had a global impact on the field of archaeology and an extraordinary impact on the University where he served for four decades," said SMU President R. Gerald Turner. "We are indebted to Fred for bringing his expertise to SMU in 1964 to establish the university's Anthropology Department and for the international significance of his ongoing archaeological research in regions ranging from the American Southwest to northeast Africa," he said.

Beyond his archaeology fieldwork in the American Southwest, Wendorf was involved in the protection of historical shipwrecks. His investigation of a Spanish shipwreck off the coast of Texas ultimately led to the Abandoned Shipwreck Act of 1987, which protects historical shipwrecks in U.S. waters, according to the release.

Wendorf shared his personal recollections in the book "Desert Days: My Life as a Field Archaeologist," which was published in 2008,

In order to preserve archaeological records for future generations, in 2001 Wendorf donated to the British Museum in London his entire collection of Egyptian and Sudanese artifacts and environmental remains excavated over a period of 40 years. Helping to extend the story of the beginning of Ancient Egyptian civilization by more than 5,000 years, a selection of these materials is now on permanent display in the newly refurbished gallery of Early Egypt at the British Museum. Amounting to more than 6 million artifacts, the Wendorf Collection is housed in dedicated storage areas within the museum and has been the focus of much study by researchers from all over the world.

Wendorf's contributions to the understanding of early human life in both the New World and northeastern Africa have been recognized with numerous awards and honors, including election to the National Academy of Sciences in 1987, a medal from the Supreme Council of Antiquities of Egypt in 1974, the University of Pennsylvania's Museum of Anthropology's Lucy Wharton Drexel Medal for Archaeological Achievement in 1996 and the Egyptian Geological Survey Award in 1997 for his study of the geology and prehistory of Egypt.

© 2015 MRT.com. All rights reserved. This material may not be published, broadcast, rewritten or redistributed.