The Shabaka Stone: Ancient Relic tells of God Ptah and his Creation of the Universe | Ancient Origins 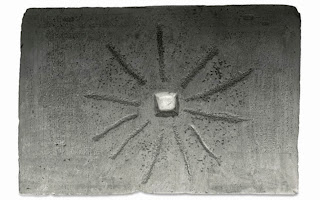 The Shabaka Stone: Ancient Relic tells of God Ptah and his Creation of the Universe

The 26th Dynasty of Egypt was the last dynasty of the Third Intermediate Period, and was known also as the Nubian Dynasty or the Kushite Empire. The pharaohs of this dynasty hailed from Egypt’s southern neighbour, the Nubian Kingdom of Kush. Although the Kushites were able to conquer Egypt through their military might, it was not enough to gain the loyalty of the native population. As foreign rulers, the Kushite pharaohs had to legitimize their rule. One of the steps taken by the new rulers was the revival of Egypt’s past glory. This was achieved by reviving and re-introducing art, architecture, history, religion, and ceremonial burial practices into the royal court. There are numerous examples of this Kushite enterprise, one of them being an object of great historical importance - the Shabaka Stone. 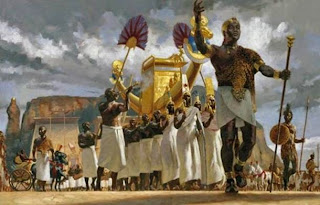 The Shabaka Stone was given to the British Museum (where it still resides today) by George Spencer, the 2nd Earl Spencer, in 1805. The relic consists of a slab of basalt measuring 66cm (26in) by 137cm (53in). As its name suggests, the stone is believed to have been made during the reign of the Kushite pharaoh Shabaka between 716 BC and 702 BC. According to the text inscribed on the stone, Shabaka was inspecting the Temple of Ptah when he came across a “work of the ancestors which was worm-eaten”, so much so that “it could not be understood from the beginning to end”. Horrified by what he saw, Shabaka ordered the text on the worm-eaten papyrus scroll to be copied onto a more durable medium. Shabaka portrays himself as the saviour of this ancient text, and claims that “it became better than it had been before.” 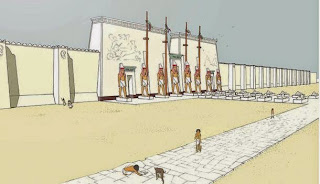 Artist’s impression of the Temple of Ptah (Wikimedia Commons)

The text inscribed on the Shabaka Stone contains three stories. One the right side is a story about the creation of the universe, known also as the Memphite Theogony. One the left is the story of the peace made between Seth and Horus, as well as the story of Osiris’ body being washed onto the shores of Memphis. As one might expect, the stories revolve subtly around Shabaka. For instance, in this creation myth, the main character is the god Ptah, who was the principal deity of Memphis, the city where Shabaka took up his residence. Of course, in the story of Osiris, the city of Memphis crops up again, which, according to the Shabaka Stone, is the burial place of this god. Additionally, the story of Horus and Seth is often associated with the unification of Upper and Lower Egypt. In Shabaka’s case, it may be a representation of the unification of the Kingdom of Kush and Egypt, a feat that he achieved. 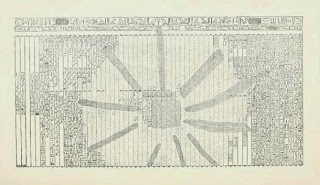 According to the Memphite Theogony, the world was brought into being by Ptah through his heart and words:

This is similar to the story of the creation found in the book of Genesis, where the earth was created by the God’s commands. In the story of Horus and Seth, the quarrel between the two gods is settled peacefully, and the two lands of Egypt are unified. This is quite different from the usual version of the story, where Horus avenges his father Osiris by killing Seth. Perhaps this was Shabaka’s vision for his newly unified kingdom, where Kush and Egypt could co-exist peacefully under his sole rule. In the last story, Memphis, instead of the traditional Abydos, is said to be the burial place of Osiris, thus elevating the status of Shabaka’s new residence even further. 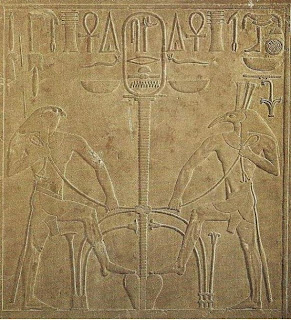 Unfortunately, much of the text on the Shabaka Stone is lost, and only these three stories have been preserved. This is due to the fact that at some point of its history, the Shabaka Stone was re-used as a millstone, resulting in much of its text in the center being destroyed during this time. Although the Shabaka Stone was originally placed in the Temple of Ptah in Memphis, little is known of its subsequent fate until its acquisition by the British Museum. Nevertheless, it is still an interesting artifact that sheds some light on the way the pharaohs of the 26th Dynasty, Shabaka in particular, viewed themselves and their position in Egyptian society.

Dollinger, A., 2004. The Shabaka Stone. [Online]
Available at: http://www.reshafim.org.il/ad/egypt/texts/shabaka_stone.htm