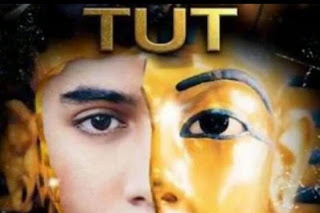 In the trailer provided by Entertainment Weekly, Tut asks: "Who can I trust?" to which Kingsley's character coldly replies, "No one." The special-event series is expected to be one filled with ancient political warfare, murder, conspiracy, romance and the struggle for power.

King Tut was Ancient Egypt's youngest ruler. He inherited the throne at age 9 and died only a decade later at 19. Although his was a brief reign, his name has become the most recognizable of the Egyptian rulers since the discovery the his fully intact tomb in 1922.

Tut will premier on Spike TV over a period of three nights between July 19 and July21.