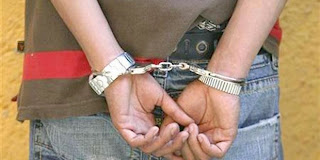 CAIRO: Security authorities arrested eight men involved in a Sunday theft of more than 50 artifacts from a store that belongs to the Graeco-Roman Museum in Alexandria, Youm7 reported Monday.

The artifacts were temporary placed in the store until the re-inauguration of the museum after restoration work is completed.

The Minister of Antiquities Mohamed el-Damaty said that the perpetrators were caught on surveillance cameras of a nearby bank.

Damaty also announced that restoration at the museum will cost 10 million EGP ($1.3 million,) after work was halted at the museum for five years due to the political circumstances following the January 25 Revolution in 2011.

Preliminary investigations into the incident showed damages in door locks of the store as well as other artifacts were broken.

The stolen pieces include: 20 pieces of pottery artifacts, 32 bronze coins and granite statutes, which date back to the Roman era.

Coinciding with the robbery, Egypt recovered a collection of 240 ancient Egyptian artifacts from France, after the pieces were illegally smuggled out of the country.

In March, a number of Egyptian antiquities that were smuggled to Germany appeared in a mass exhibition in Berlin that will be repatriated to Egypt after some repairs in cooperation with the Egyptian Museum in Germany.

The smuggling of many Egyptian ancient artifacts outside the country extensively appeared in the aftermath of the January 25 Revolution in 2011 when a political turmoil hit the country leaving the country’s cultural heritage vulnerable to looting.