Akhenaten to take the Pharaohs to Broadway - Daily News Egypt


Akhenaten to take the Pharaohs to Broadway

“After the 25 January Revolution, I saw how people kept getting manipulated in the name of religion, so I saw it is the perfect time to start working on it,” says writer 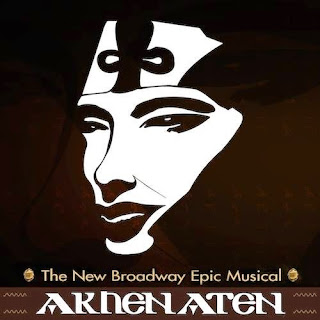 In the heart of Luxor and on the walls of the Karnak Temple, a dramatic story on religion, politics and love is inscribed. Akhenaten was the first documented pharaoh and human to deny all known gods and create a new religion that only glorifies one god, the sun.

Thousands of years later, the story still proves that history does repeat itself in the most ironic ways. Hisham Abdel Khalek, a prominent Egyptian writer, decided to take this story to the new world.

Today Akhenaten is Abdel Khalek’s musical project that is expected to be the very first musical written and created by an Egyptian team to debut on Broadway’s stage.

Metwally has two published books; however, being the songs’ writer makes Akhenaten his first musical trial.

The creative team includes a few more Egyptian figures, such as director Mohsen Gouda, who worked on the promotional videos posted on the musical’s YouTube channel. In addition, designer Samir Mostafa created the official poster.

After a major online donation campaign, through the well-known website indiegogo.com, the team can finally declare today that they are halfway through. Especially after several Saudi and US investors joined the team to help Akhenaten reach its $15m budget and come on stage in 2016.

Daily News Egypt spoke with the two writers behind this promising Broadway act to discuss Akhenaten, the future of Egyptian musicals in Broadway and musicals’ status locally.

Why did you choose Akhenaten in particular?

Hisham Abdel Khalek: I have been thinking about the story of Akhenaten since 2002, when I was the artistic director of the Aida Pyramids, and I always saw it as a rich story that has to be adapted to the theatre, especially as a musical, even though there is the opera of Philip Glass.

After the 25 January Revolution, I saw how people kept getting manipulated in the name of religion, not only in Egypt but all over the world, so I saw it is the perfect time to start working on it. 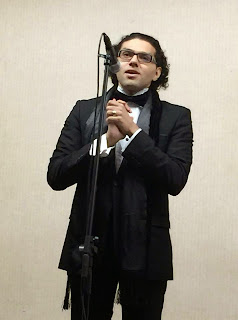 Hisham Abdel Khalek the mastermind behind Akhenaten
(Photo from Facebook)

How long have you been working on this project?

Abdel Khalek: For three years now. I first started writing with Mohamed Metwally and then I worked with Hesham Nazih on the music. Normally musicals take around four years to develop between writing and re-writing and try-outs until the final version is reached. We are hoping to have everything ready by 2016.

How did you switch from your first novel ‘Period’ to Broadway songs?

Yet, writing songs was a new experience, and making sure that these songs narrate events and complete the story of a musical was something I never even thought about. It took me plenty of time and research to be able to switch my writing into Broadway songs.

Broadway musicals are not what Egyptians are used to; how did you learn to master them?

Metwally: I agree, and I have to admit that I had a very limited knowledge of musicals before working on Akhenaten. But thanks to Hisham, he provided me with what I can call a full training on musicals.

We spent an entire year just talking, discussing and watching a huge number of musicals until I was able to start working on this play, carefully and slowly at the beginning, but then, like a domino effect, things progressed.

What are the political projections that you want to convey?

Abdel Khalek: First of all, let me clarify one thing, we are not doing a 100% historical play. When it comes to theatre, and especially musical theatre, you have to have a huge part of entertainment. There is no political projection except how people got manipulated by religion, which is the main core of Akhenaten’s story.

However, we also present, in the musical, the love story between Akhenaten and his beautiful Queen Nefertiti, the mother-in-law relationship represented in Queen Ti’s drama line, and betrayal from Maya, the great priest of Amon.

If I want to do a political statement, I would do it as a documentary, but here we are doing a pure entertainment show to present the glory of this era and Pharaonic Egypt. 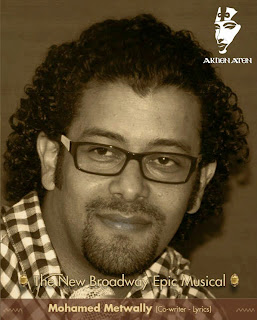 Usually Egyptian writers start with targeting Egypt before translating their work and going abroad. Why did you take another route?

Abdel Khalek: I have been living in Paris for eight years now. My aim through my production company there, which I co-founded with my French partner Olivier Delesse, is to take Egyptian art outside the boarders of the Middle East as we, as Arabs, can’t target each other forever.

On the other hand, we don’t have a musical theatre industry in Egypt – maybe Lebanon, but not Egypt.

Broadway is the Mecca of musical theatre and much bigger, even bigger than the West End in London. Actors and talents here can do much more than anyone anywhere else. And as they always say here: We do eight shows a week live!

How do Broadway scripts differ from their likes in Egypt?

Abdel Khalek: A book, which you call a script of a musical or a play, is the same everywhere. Nonetheless, you have to think of doing a show that lives for long and makes money at the end of the day, as every investor wants to get his money back.

A good show can live forever, for example “The Phantom of the Opera” is celebrating 26 years on Broadway, and Les Miserable is celebrating its 26th anniversary as well.

In Broadway, people don’t want to lose time nor money, so if we were not serious and if we did not have a solid and good project, no one would have listened to us.

I came to New York in 2013 with the idea of Akhenaten and some music samples. People kept calling it epic. Everyone agreed that it is huge and that is what made everyone sign, from the great talented actors to the creative people that we have among Akhenaten’s team. 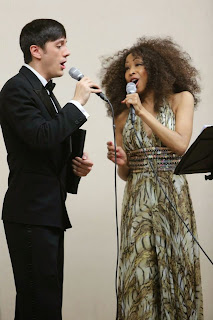 Would you present your show in Egypt (Opera House)?

Abdel Khalek: Egypt is on our future agenda; but maybe not the Opera House. Our aim is to do it under the pyramids.

How can we develop current Egyptian musicals?

Abdel Khalek: Writing a musical always starts with an idea, and it has to be entertaining. Our history is rich and full of stories that can be adopted by the musical theatre, but you need to find the good story which can go abroad.

Also, you need to find the actors who can sing, dance and act at the same time. Egypt is full of talented people, but you need to give them the chance.

As a young writer, what do you hope this play can change locally?

Metwally: I do hope that we can have the art of musicals flourish and I also dream of having Arabic world-class musicals in Cairo, just like Broadway.

We have a great history in theatre, which I believe we have to revive, but now with regards to musicals. We have great talents on every front, so what we lack is just a big project that is well managed.

Would you work on turning Akhenaten into a movie? What language would you use?

Abdel Khalek: Yes, it is on the production plan after doing the theatre version. It will be in English, just like our musical, as English is the original language of Akhenaten the Musical. Then, later, we will have translated versions based on each country that would license the production for theatre.