Jewels with an ancient AND literary pedigree: 3,500-year-old Egyptian earrings that once belonged to novelist Elizabeth Jane Howard to go under the hammer

By Ruth Styles for MailOnline

She is best known for her World War II saga, The Cazalet Chronicles, but novelist Elizabeth Jane Howard had a passion for history of a considerably more ancient kind.

The novelist, who died in 2014 aged 90, amassed a spectacular collection of Greek, Egyptian and Roman jewellery during her lifetime, among them pieces up to 3,500 years old.

Now the collection is to go under the hammer, with auctioneers saying they expect the exquisite pieces to fetch up to £20,000. 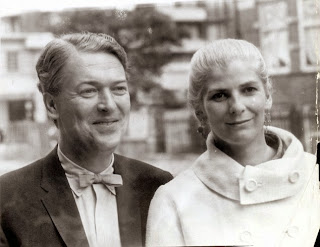 Howard, a former model who became the second wife of Lucky Jim novelist Kingsley Amis in 1965, adored historic jewellery and, despite its great age, was regularly photographed in it.

'Unlike many collectors who prefer to display their treasures, Elizabeth Jane Howard held the view that jewellery was made to be used,' explains Madeleine Perridge, head of antiquities at Bonhams.

'She took great pleasure in wearing beautiful objects that had been worn by women thousands of years ago.'

The nine lots, which will go under the hammer at Bonhams auction house in London on Thursday, include rings, bracelets, pendants and earrings.

Among the most striking is a gold Roman bracelet made from three gold wires twisted into a spiral design, which has a reserve price of £5,000. 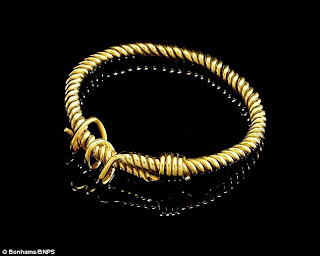 Spectacular: This Roman bracelet, which is made from twisted strands of gold, is expected to fetch £5,000 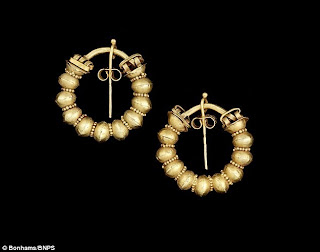 Beautiful: This pair of earrings are 2,400 years old and are part of a collection thought to be worth £20,000 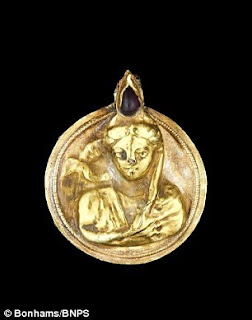 Magnificent: This 2,000-year-old pendant depicts the goddess Aphrodite and her son, Eros

A pair of Hellenistic gold hoop earrings, which are thought to be around 2,400 years old, are expected to fetch £2,000.

There is also a gold pendant depicting Aphrodite, the Greek goddess of love and beauty, with Eros, the Greek god of love hovering above her right shoulder.

The piece is set with a cabochon garnet, a nod to Dionysus, the Greek god of wine-making, festivities and fertility, and is likely to have been presented to its original owner as a love token or wedding gift.

Oldest of all the items is a pair of Egyptian gold hair rings which have been dated to somewhere between 1550-1295 BC, and are being sold as part of a lot that includes a pair of Roman earrings.

Howard, who was born in 1923, started her career as an actress and model but shot to fame in 1950 when her debut novel, The Beautiful Visit, won the John Llewellyn Rhys Prize.

Subsequent novels included Three Miles Up and Other Strange Stories, Something in Disguise and Getting it Right, although it is the Cazalet Chronicles for which she is best known.

The epic six-novel saga charts the fortunes of the eponymous Cazalets, beginning in 1937 as the Second World War looms.

Ending in the 1950s, the series has also been described as being a slice of social history and chronicles the changing fortunes of the aristocracy as they face up to a democratic post-war world.

But Howard wasn't only known for her books, with the much-married author's tumultuous love life garnering as many headlines as her books. 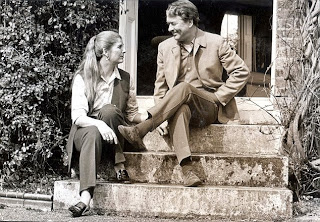 Literary couple: Howard was Kingsley Amis' second wife and the pair married in 1965 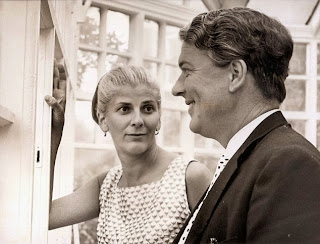 Turbulent: Sadly, their marriage did not last and the couple divorced in 1983

First married in 1942 to Sir Peter Scott, the conservationist who famously helped found the Worldwide Fund for Nature and provided a scientific name for the Loch Ness Monster, she went on to wed twice more.

Of all her marriages, though, it was her turbulent third to Sir Kingsley Amis in 1965 that is best remembered.

The pair, who met while both were helping to organise the Cheltenham Literary Festival, eventually divorced in 1983.