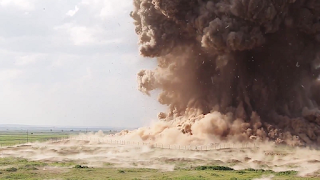 Two days after reports confirmed ISIS had destroyed 2,000-year-old statues in the ancient Assyrian city of Nimrud, video has been released showing the city's complete demolishing by ISIS.

The seven minute video shows the terrorists vandalizing ancient antiquities in Nimrud, a UNESCO cultural site near Mosul which is one of Iraq's most treasured archaeological sites.

In March, Iraq's Ministry of Tourism and Antiquities had warned that Nimrud, which dates back to the 13th Century BC, had been bulldozed. The video, however, shows the site being levelled by massive explosions. Egyptian Streets has chosen not to share the video as to avoid spreading ISIS propaganda.

ISIS considers artifacts, particularly statues, to be idolatry, and thus decrees for their destruction. The terrorist organization has previously been involved in the destruction of museums and numerous historical sites. In February, the Mosul Museum was destroyed. 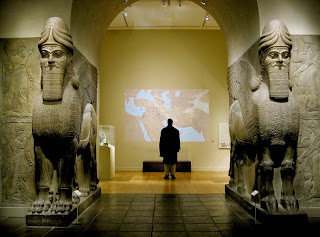 The 'shedu' in Metropolitan Museum

According to Iraq's government, while some items had been removed from Nimrud, a large number of authentic antiquities remained, reported AP.

Nimrud, located on the Tigris River, was part of the Assyrian empire and contained treasures that date back thousands of years. Among the prized possessions were giant statues of Iamassu, a diety from Assyria that is represented by a lion's body, eagle's wings and a human's head. The statue is also known as the 'shedu', which is a protective spirit that was often placed in ancient Mesopotamian cities.

Iraq has condemned the destruction of Nimrud as 'appalling' and has urged the international community to help save 'the world's heritage'.