May 10 Egyptology Lecture, ARCE/UCB: The Harbor of Khufu on the Red Sea Coast 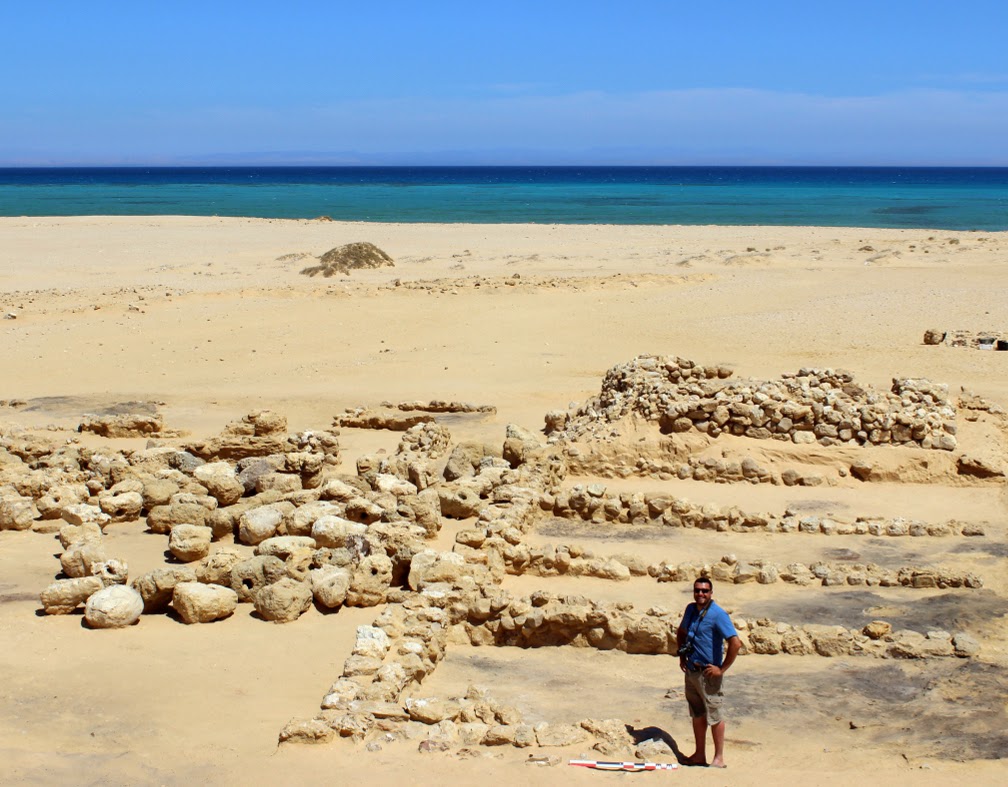 Wadi el-Jarf: The harbor of King Khufu on the Red Sea
About the Lecture: Since 2011, a joint team of Paris La Sorbonne University and the French Institute in Cairo made the extraordinary discovery of an important harbor complex at Wadi el-Jarf along the Egyptian coast of the Red Sea. Exclusively occupied during the early Old Kingdom (ca. 2600-2550 BC), this site can now be considered as the oldest harbor in the world. It was used as a departure point to the Sinai Peninsula on the way to the regions of Serabit el-Khadim and Wadi Maghara, the principal mining areas for copper and turquoise during the Pharaonic times. The site is perfectly well-preserved and multipolar. Five kilometers from the seashore a sizable complex of 30 galleries used as storage facilities has been found, in addition to several camp sites, surveillance installations and potters workshops. On the coastline a large storage building and a partially submerged L-shaped mole extending over 175 yards have been discovered. The use of the entire site as harbor complex has been confirmed by many pieces of boats found in the storage galleries, the discovery of at least 25 limestone anchors under water and almost 100 further anchors stored in a building on the shore. According to the pottery, all these installations date back to beginning of the Fourth Dynasty. In 2012 several inscriptions on pottery and stone blocks confirmed this early date and in 2013 the site was mediatized after the discovery of several hundreds of fragments of papyrus, the oldest epigraphic documents ever discovered in Egypt. Some of them clearly name King Khufu, the builder of the Great Pyramid at Giza. This lecture will focus on the latest results and discoveries at this site and demonstrate the complex and extensive logistical organization of the Egyptian seafaring expeditions since the middle of the third millennium BC.
About the Lecturer: Dr. Gregory Marouard received his Ph.D from the University of Poitiers, France (2010). A Research Scholar at The Oriental Institute – University of Chicago in 2008 and 2009, he has been a Research Associate in Egyptian Archaeology at The Oriental Institute since 2010. His fieldwork has led him to participate in 15 different surveys and excavations in Egypt, from the Egyptian Delta to Upper Egypt and from the Early Dynastic to the early Islamic Period.
-----

For more information go to http://home.comcast.net/~hebsed/lectures.htm or send email to Chapter President Al Berens at hebsed@comcast.net.