Trump calls for the return of waterboarding by US 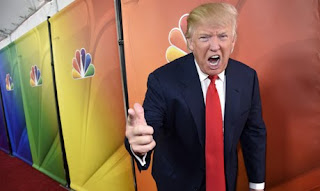 Republican frontrunner Donald Trump called Sunday for the return of waterboarding, a near-drowning interrogation technique widely denounced as torture, saying it was "peanuts" compared to what Islamic State is doing.

It was the latest in a series of inflammatory Trump responses to the threat of terrorism in the wake of the Paris attacks that appear to have bolstered his poll numbers.

Trump, who ignited controversy earlier this week by calling for a registry of all Muslims in the United States, stepped up the hardline rhetoric in an interview with ABC News in which he advocated the use of simulated drownings, known as waterboarding, in interrogations of terrorism suspects.

"That's a whole different level and I would absolutely bring back interrogation and strong interrogation," he said.

Waterboarding, which was used by the CIA in interrogations of at least three 9/11 suspects, was banned by President Barack Obama shortly after assuming office in 2009.

Trump slightly shifted his position on tracking Muslims and closing mosques after a storm of criticism, including by other Republican presidential candidates.

On mosques, he said: "I don't want to close mosques; I want to surveil mosques. I want mosques surveiled."

While not disavowing his earlier call for a Muslim registry, Trump said he wanted a database of Syrian refugees entering the country to guard against "the great Trojan Horse of all time."

"We have to watch and see what we're doing," he said, adding that Syrian refugees should not be allowed into the country at all.

Homeland Security Secretary Jeh Johnson, meanwhile, speaking on NBC's Meet the Press show, said there was "no specific credible intelligence about a threat of the Paris type directed at the homeland here."

But he said there was always concern about potential copycat attacks by homegrown violent extremists of the kind seen in the past.

He reaffirmed there are no plans to cancel the annual Macy's Thanksgiving Day parade in New York City, an event expected to draw three million people.

The heightened fears generated by the November 13 attacks in the French capital has been seen by some as an opportunity for more politically seasoned candidates to gain traction with voters that has so far eluded them.

But the latest polls showed little evidence of that.

Trump and Carson, the retired neurosurgeon who is the other outsider in the Republican race, remained unbudged at top of the rankings.

Senator Marco Rubio of Florida, the candidate who has seemed most fluent on foreign affairs, edged up a notch to 11 percent in the Washington Post/ABC News poll.

While Bush was rated the most experienced, the poll found that 47 percent of Republicans thought Trump was most able to bring needed change to Washington, and, by overwhelming margins, the best able to handle the economy, the threat of terrorism and immigration.