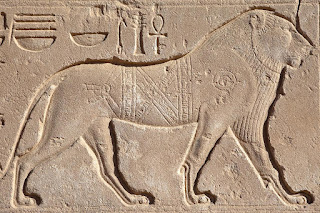 Among travelers and historians, Egypt has an indomitable reputation. It’s home to the Nile and to the architecture of ancient civilizations, to hieroglyphs, pharaohs’ tombs, and treasure. Tourists have the opportunity to visit everything, from the Pyramids of Giza to the bright lights of Cairo to the Siwa Oasis. But for a more unconventional look at Egypt’s past, there’s also Hierakonpolis, the capital of Upper Egypt during the Predynastic period, and the site of the world’s first zoo. But don’t expect to see enclosures filled with monkeys and wildcats–this zoo holds only the mummified remains of animals from 5,000 years ago. 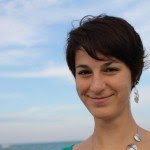 Located along the Nile, south of Luxor, the city is called Nekhen by the Egyptians (the Greek name, “Hierakonpolis,” means “City of the Falcon,” referring to the falcon-headed god Horus). It began around 4000 B.C.E. Over the course of 500 years, it grew to be one of the largest, most bustling cities in Predynastic Egypt, thriving long before the country was unified and ruled by pharaohs. Hidden beneath the sandy landscape that dominates the area today are thousands of fragments of the former society, including:

Archaeologists also discovered graves filled with exquisite pottery and funerary masks, but were puzzled and thrilled when they first discovered thousands of animal bones–and not the kind that are leftover from dinner.

Buried alongside the elite members of society, archaeologists dug up the bones of a baboon, an elephant covered in cosmetics (accompanied by an amethyst bead and an ivory bracelet), numerous cats and dogs, a leopard, two crocodiles, aurochs (an extinct species of wild ox), hippos, gazelles, and other animals. The variety and abundance of species make Hierankopolis distinct from all other Egyptian sites. It seems animals played a variety of roles in the City of the Falcon. They could be pets or objects of affection. Or they could be sacrificial offerings hunted and captured for their spiritual power.

Contrary to what we see in zoos today, the animals held captive by members of Ancient Egyptian high society probably weren’t given their own spaces in which to roam. The remains of a baboon show broken hand and foot bones that partially healed, suggesting the fractures occurred while the animal was in captivity. They might have been the result of punishment for misbehavior. Scientists also found the bones of a hippo calf with a broken leg, as well as bones from antelope and wild cows that had injuries probably related to being tied. Whatever they suffered in life, the animals were clearly revered enough to accompany their masters into death, with some of them being carefully covered like the humans they went to the grave with.

Many more bones were discovered in other areas of the site, and they bore none of the markings normally associated with butchery and eating. Hippopotamus and crocodile bones were found in abundance, suggesting the animals were sacrificed. Both of these creatures represented the power and chaos of the river environment, an environment on which Hierakonpolis relied for its survival, but whose flooding could spell the city’s doom. Hunters, either with dogs or alone, brought back striped hyenas and Fennec foxes, soft-shell turtles, gazelles, hartebeest, ibexes, and Barbary sheep. While some were undoubtedly eaten, most seem to have been sacrificed, a gesture meant to symbolize the chaos of nature being brought under control. As one group of scientists wrote about their research, something special was happening at Hierankopolis: “The large, dangerous, and rare animals acquired, apparently at great effort, make explanations of the place as simply a butchery site or feasting area untenable.”

Although our relationship with wild animals has changed, it’s tempting to view the Ancient Egyptian fascination with animals through the lens of modernity–more cruelty than kindness, a desire for possession that goes beyond our obsession with cute, domesticated pets. But animals played a far more direct role in their society, with their figures featuring in 176 of the 777 hieroglyphs, their forms taken by gods. Animals were not lesser creatures who needed protection or personification; they were equally powerful and had an obvious influence on the world. The sacrifice of an animal was not meant as an offense, but an aid to its becoming an intermediary between men and gods.

Whether they were kept in menageries, sacrificed to bring nature under control, or buried with their masters, animals were central to life in Hierakonpolis. The simple anthropomorphism we might want to foist on them misses the deeper context of their relationship.

City of the Hawk

Special Animals from a Special Place? The Fauna from HK29A at Predynastic Hierakonpolis