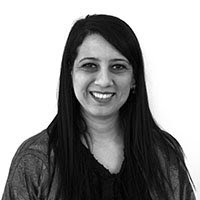 Nancy A. Youssef
The world mourns Paris but shrugs off ISIS's Arab victims, leaving Cairo's residents to wonder, 'Why the double standard?'

CAIRO — To show its solidarity with Paris, Egyptian authorities lit the pyramids Sunday night with images of the Egyptian, French, Russian, and Lebanese flags shining on one pyramid and message of solidarity in between.

It was a specular display of the most populous Arab country's shared outrage about the crimes perpetuated by a group born not too far away.

But just below the pyramids—in the streets of Cairo, in editorials, tweets, Facebook postings, and everyday chatter—there was profound frustration that the international community came together for the estimated 132 victims of the Friday's Paris attacks. What about the 43 in Beirut and 26 in Baghdad killed by ISIS the same day? Where was such solidarity when the victims of ISIS were in the Arab world?

Still others pointed to a conspiracy contrived by Western governments that use ISIS—an American creation—to carry out their aims.

Columnist Mohammed Amin, from one of Egypt's largest newspaper, al Masr al Youm, told readers not to believe President Obama's words of sympathy. The United States, Amin wrote, was behind the Paris attack.

"It's not logical that [ISIS] would be that strong… Don't believe Obama or [Turkey President Recap] Erdogan's condolences. Both of them know who plotted and carried out the operation in Paris. It is not ISIS or a thousand ISISes. This is an intelligence plot that Obama knows about," Amin wrote. "Was the Western coalition serious about fighting terrorism? The answer is no."

In the impoverished neighborhood of Harem, home to the pyramids, where the camels and horses once reserved for tours of the last standing Wonder of the Ancient World now serve as transportation for the employed still there, locals have felt the impact of ISIS more than most. The already-stalled tourism industry came to a standstill after Oct. 31, when an explosive sent Russia Metrojet 9268 to the ground in Sinai, killing all 224 aboard. Wiyalt el Sinai, the Egyptian terror group that has aligned with ISIS, claimed responsibility for the downed flight.

Mard, a silver jeweler whose shop looks out to the pyramids, peeking through the palm trees and concrete buildings, said he welcomed the message of solidarity with ISIS's latest victims. But he said he was also frustrated by the double standard Egypt applies to mass tragedies. 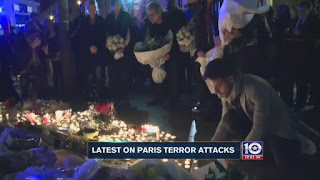 "This is a good step but they should have done the same thing for Egyptians. We have terrorism, too. Why the double standard?" he asked, but did not want to be identified further. As he spoke in his shop, a television above his head displayed the latest Arabic news, which focused on Paris.

Across the unpaved dirt road, Gamel runs a perfume shop and used to organize guide tours, when there were tourists. Gamel said he was hesitant to dismiss claims that the West orchestrated the Paris attacks because local media keep saying there was a conspiracy.

"We are kind people. We are against terrorism. Unfortunately inside or outside of Egypt, an Egyptian carries no importance like a Westerner," Gamel said. "Egypt wants to prove that something like can happen anywhere in the world, but there should be sympathy wherever tragedy happens."

On social media, interspersed with posts showing outrage over the attacks in Paris, were editorial cartoons that lampooned the seemingly outsized mourning over the French capital. In one cartoon, two men are shown lying in a hospital bed. The man on the right is completely covered in bandages, with only his eyes piercing through. He is labeled Syria. Next to him is a man with a bandage wrapped around his finger, and his is called Paris. In the middle, a man in a suit kisses the Paris man's wounded fingered; he is called the international community.

Yet, it is the Arab world itself that fails to express outrage of the killings of its own by ISIS or even in tragic accidents. In September, a stampede in Saudi Arabia during the holy pilgrimage to Mecca, killed roughly 2,000, 74 of them Egyptians. And yet, there was no call for solidarity or serious demands for change in how Saudi handles the roughly 1 million Muslims who make the pilgrimage each year. Rather, Saudi officials blamed the accident, the deadliest in the history of the pilgrimage, to the worshippers themselves.

When ISIS in Libya beheaded on video 21 Christian Egyptians, there was a period of national mourning and the Egyptian military conducted an airstrike in Libya, but the incident was quickly forgotten. And as hundreds of residents in northern Sinai have been driven out of their homes in Wilayyaalt el Sinai, which has claimed that territory, the news has failed to shake a national sense of outrage in Egypt. Many believe residents there willingly embrace the group.

Most notably, ISIS has killed Syrians and Iraqis every day in the ongoing war there.

And while the attack on a Shiite neighborhood in Beirut on Friday garnered headlines here, the attacks in Baghdad were considered passing news. There was no call for regional solidarity. Local media treated such news as events that only affected the nations involved.

In Egypt's newspapers Sunday were many stories on how the Paris attacks signaled for the first time that ISIS was now a truly global terror threat—even as those same papers decried Western media making the same conclusion. "The crime in Paris is a lesson for all of us," a headline read over a column written by Madgi Sarhan, in the newspaper al-Wafd.

Still other articles pointed to some sort of dark plot, suggesting ISIS did not act alone.

The events "portend of a Third Word War," the subhead read.

For Gamel, the perfume shop owner who keeps his lights off during the day to save money on electricity he cannot afford, Paris is not at the forefront of his mind. He faces more pressing challenges. Attacks on Arabs have always gone largely unnoticed both by the West and other Arabs, he said.

"It's frustrating. It makes you feel you have no value," he said.

—with additional reporting by Amina Ismail