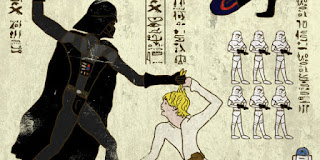 ©  The Creative Bazaar/Josh Ln.
In a galaxy far, far away, Darth Vader and Luke Skywalker had a lightsaber battle in ancient Egypt, as the Teenage Mutant Ninja Turtles offered up pizza to a rat god, and Iron Man and Captain America faced off against each other.

Or so it appears from a new series of images. 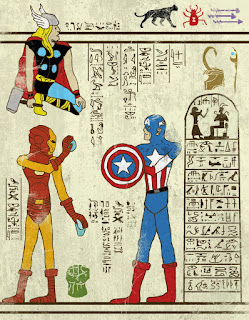 Artist Josh Lane has taken contemporary TV shows, comic books and movies and recreated them in the style of ancient Egyptian hieroglyphics. 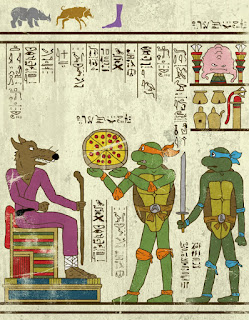 In a post on Design Boom, Lane said: "The ancient Egyptians developed an elegant way to communicate their stories using minimalistic imagery and symbols... I try to do this same thing today.

"I enjoyed placing these modern characters into the poses that fit the character best.

"For example, I felt like Captain Kirk should be the one sitting on the 'throne' as if it were his Captain's chair and that in the X-Men piece I would have Wolverine kneeling before the representation of the most powerful mutant entity, the phoenix." 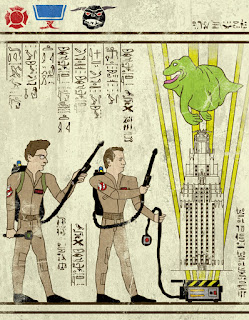 Another highlight is Lane's recreation of Dr Venkman and Dr Spengler as they fight Slimer atop the Empire State Building.

All the designs are available for T-shirts, tote bags and even pillows.