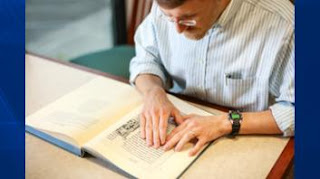 MONROE, La (ULM Release) - Not many people get to say they work hands-on with ancient biblical manuscripts. But one historian at the University of Louisiana Monroe is an exception.

Dr. Brice C. Jones, a biblical scholar, specializes in a field of research known as papyrology—the study of ancient written artifacts. The discipline involves deciphering ancient handwriting in a multitude of languages, translating unpublished texts, and making these texts known to other scholars and the world.

Think “Indiana Jones,” except this isn’t the movies; it’s the real thing.

Jones has discovered and translated numerous ancient texts, some of which have generated national media attention. In November 2015, the New York Times interviewed Jones about a third-fourth century papyrus of the Gospel of John that he identified on eBay. This fragment had been put up for sale on eBay by a seller who did not know what he had. Jones spotted it, identified it as an authentic text from the Gospel of John, and made it public through a blog post that went viral.

In March 2015, Live Science wrote a piece that featured a 2,100 year-old Greek tax receipt written on pottery that Jones discovered in the McGill University Library the year before.

In December 2014, an article in The Telegraph dubbed him “an internet scrolls sleuth,” a reference to his work in tracking down the sales of ancient manuscripts via online auction sites such as eBay, Sotheby's, Christie’s, and Bonhams.

“The study of ancient papyri is a fascinating field of historical inquiry, because these artifacts are the fingerprints of real people from a bygone era,” Jones told The Telegraph. “Each time I study a new papyrus, it is as if I am peeking over the shoulders of the scribe who wrote it,” Jones continued.

This type of detective work in antiquities isn’t a skill that is learned overnight. It requires years of advance study of ancient languages, highly technical editorial skills, knowledge of the social and historical contexts, and a very sharp eye. Many times, the manuscripts Jones studies are ridden with dirt, worm holes, and extremely faded ink.

“The study of ancient manuscripts is like putting together a puzzle,” said Jones. “The difference is that some pieces of the puzzle are often missing and so it requires a lot of effort to make sense of what is preserved.”

Most of these manuscripts are written on papyrus—a tall, fibrous reed plant that grew along the shallow banks of the Nile River in Egypt. According to Jones, this material is almost exclusively preserved in Egypt, whose arid climate prevents moisture from damaging or destroying the papyrus.

Jones’ new book, New Testament Texts on Greek Amulets from Late Antiquity, analyzes 24 papyri of Egyptian origin. They are all written in ancient Greek and contain a citation of the New Testament. These range in date from the third to seventh centuries AD.

Known as “amulets,” these scriptural fragments were used by early Christians as part of a protective ritual. It may seem foreign to people today, but this practice was quite common in antiquity.

“In modern times, when people become ill or afraid, they seek the help of a medical health professional,” explained Jones. “In antiquity, people would often appeal to ritual artifacts that they considered sacred. In other words, these artifacts were used as a means to solve their personal problems, which often included (among other things): demons, fevers, scorpions, headaches, disease, the evil eye, protection, and the like.”

While this ritual practice was commonplace in the ancient Mediterranean world, there is one thing that set the Christian practice apart: Christian amulets cited passages from the Bible.

“We find various citations of the Old Testament, the Gospels (especially the Lord’s Prayer), the apostle Paul, as well as various prayers to God, doxologies, and liturgical phrases,” said Jones. “This clearly demonstrates that early Christians viewed scripture as a powerful tool for invoking divine power. In other words, scripture was for them a living text, imbued with a power to heal, thwart evil, and so on.”

In his book, Jones provides the Greek text of each manuscript, a colored image of the artifact itself, and a thorough analysis of the text and the artifact.

This is the first book ever published that is devoted to citations of scripture on ancient Christian amulets.

And according to several respected scholars in Jones’ field, it is a welcomed addition.

“Amulets provide a completely different perspective on the transmission of the biblical text in antiquity,” said Dr. Sofía Torallas Tovar, Associate Professor of Classics and Near Eastern Languages and Civilizations at the University of Chicago. “Jones has produced a significant monograph that gives attention to this category of early Christian manuscripts that has previously been neglected, especially within New Testament studies. He succeeded in understanding and explaining magisterially the intricacies of a complex phenomenon in all its aspects."

According to Dr. Theodore de Bruyn, Associate Professor of Religious Studies at the University of Ottawa, “Jones’ study demonstrates how a careful study of amulets can contribute to our understanding of the transmission and reception of the text of the New Testament. Jones’ study is valuable for its methods, findings, and descriptions of the materials.”

Jones received his Ph.D. in Early Christianity from Concordia University (Montreal) and his M.A. in New Testament from Yale University.