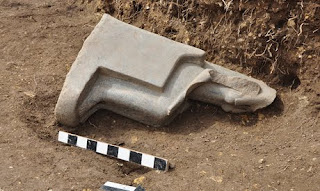 Minister of Antiquities Mamdouh Eldamaty told Ahram Online that the newly discovered statues are to be put on display within two months at their original location in the temple after the completion of a wall now under construction around the structure. 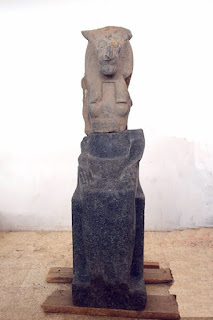 Statue of goddess sekhmet sitting on the throne

Mahmoud Afifi, head of the ancient Egyptian antiquities department, explains that three of the statues are complete figures depicting the goddess Sekhmet sitting on a throne and holding in her right hand the ankh symbol of life.

Another of the statues depicts Sekhmet standing and holding the papyri slogan in her left hand, with a fifth statue depicting a standing King Amenhotep III wearing the official suit of his jubilee. 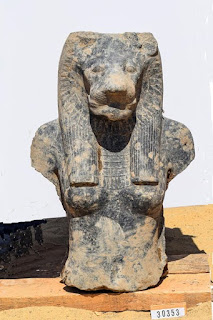 Sourouzian pointed out that during the last excavation season the mission unearthed a collection artefacts of the goddess Sekhmet wearing the triode wig and a long tide dress. 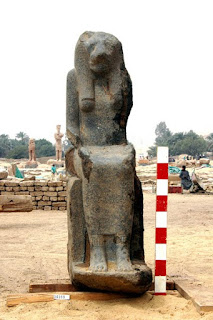