The first step towards protecting our antiquities is finding out exactly what we have — something that could be achieved with the creation of a comprehensive national database, writes Tarek Al-Awady 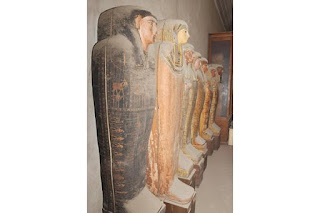 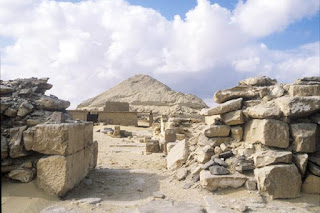 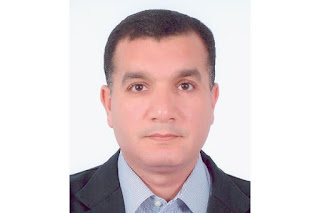 It has become commonplace to read or hear news of tomb robberies and museum thefts in Egypt. Recently, the Ministry of Antiquities announced that the loss of dozens of artefacts from one of Saqqara’s many storerooms had been discovered during an inventory.


The reaction to the theft by those in charge at the Ministry of Antiquities was a carbon copy of their reaction to many other incidents reported to the police. The many questions about how and why such incidents keep happening are still without answers.


When the mask of Tutankhamun was badly restored, the ministry did not research what had gone wrong. Instead, it called a press conference and sent the case to the prosecution authorities, with the result that now some curators and restorers are being taken to court as if the solution to such problems is simply a matter of applying security measures.


What is lacking is a proper study of the problems faced by antiquities in Egypt, such that we can come up with real and applicable solutions to protect our heritage. Over the last 20 years of my work in the field of Egyptian archaeology, I have failed to find even one case study carried out in Egypt that addresses this subject.


It falls beyond the scope of this article to blame individuals or condemn an institution for the bleeding of our archaeological heritage. However, the fact that protecting Egypt’s past is the duty of the whole country and of everyone should be stressed. It might be useful if we could clarify the unfortunate situation of Egypt’s antiquities, together with the risks that threaten them.


In doing so, we would also be able to have a better idea of the true number of archaeological sites, which at present is unknown, the number of in situ monuments (ancient Egyptian, Graeco-Roman, Coptic, Jewish and Islamic), and the number of mobile artefacts either stored in site or in museum storage rooms. The number of both site and museum registers is also unknown.


It should be borne in mind that neither our sites nor our museums follow one system for documentation and registering artefacts. For example, it is common to find 10 or more objects bearing the same registration number because they are registered in different registers. What would happen if a register was lost? The answer is that the artefacts registered in it would turn into unregistered objects, making it easy for them to be stolen and smuggled abroad.


Now we come to the risks that threaten Egypt’s archaeological heritage. These can be summarised in one sentence: Egypt does not at present have a proper archaeological risk map. This is an exact account of the above-mentioned information, in addition to the definition and the nature of the risks threatening the heritage. Needless to say, Egypt’s archaeological heritage is facing a number of human and natural risks, such as illegal digging, theft, rising water levels, unplanned urban growth, unplanned tourism, earthquakes, climate change, and so on.


In other words, we cannot protect our antiquities because we do not know exactly what we have. If we are still not in a position to control the country’s sites and museums, together with their collections, thefts, robberies and smuggling are to be expected. One of two paths could be adopted.


The first is to continue with security solutions, including the new antiquities law and new security installations involving more security cameras and more police. The country can also finish its present mega-museum projects, the Grand Egyptian Museum and the joint project with UNESCO, the National Museum of Egyptian Civilisation.


However, a second path would be to establish an Egyptian antiquities database, which is what I propose in this article and which deserves to be discussed. The aim is not only to say to the outside world that we know our responsibilities regarding our heritage or even to build the trust of the Egyptian people, who are directly involved in protecting our archaeological heritage. It is also to enhance and develop new methods for managing Egypt’s antiquities in a system that would record all the country’s artefacts and make it impossible for them to be forgotten or stolen.


Before we go into the benefits of such a database, a definition is needed. One can well imagine the results of one reliable account that contains full information on every object, tomb, temple, museum and site in Egypt, and that connects all the sites and museums in the country to a central database containing full documentation on them.


The creation of such a system would mean the establishment of a systematic register and tracking number for every mobile object in every storeroom and museum in the country. At the same time, all previous numbers given to the objects would be kept in the records so that the provenance of the objects could be recorded. Contrast this to what happens now, which is that when an object leaves one store room for another or even one museum for another, it is given a new number and its old number is deleted along with the recorded provenance of the artefact.


Some people may consider the proposed solution to be simply a dream, but it is one that has a certain urgency. We could wait another 100 years and still not have a reliable system to protect our monuments. What we need to do is to save our antiquities from neglect and to document and publish information about them.


Setting up an antiquities database would allow for better museum and site management, since it would mean that records were fixed and necessary information was easily available. Millions of pounds could be saved on antiquities projects. Establishing an exact and well-documented account of our archaeological sites would enable us to plan tourism and other activities better and give the world a better taste of the country’s long history.


This is necessary because interest in cultural tourism is decreasing. People are fed up with looking at the same sites from the same angles in almost all the advertisements used to sell tours to Egypt. These simply reproduce images of the Pyramids at Giza, the Sphinx, the Grand Hall of the Karnak Temple, or the Sphinxes Avenue of the Luxor Temple.


Egypt is not reducible to only these sites. There are many other sites that take your breath away, but few people visit because they are the sites are badly documented, poorly preserved and are badly managed to receive tourists.


When Egypt decides to organise an exhibition abroad, a team of people will usually go to the Egyptian Museum in Tahrir Square to choose objects from the museum collection or sometimes from its storage rooms. As a result, Egyptian exhibitions outside Egypt do not reflect the real amount of treasures that the country is burying in dust and darkness.


The establishment of a proper database will remedy this situation, since it will allow us to identify different objects and to send them abroad. This will mean increasing the range and conceptualisation of the exhibitions we send abroad and, in turn, will mean increasing amounts of hard currency flowing into the country and more opportunities for Egyptian archaeologists and restorers to travel abroad. The objects sent will also be properly restored and conserved.


Let us not forget the free publicity Egypt gains from sending exhibitions abroad, which in turn increases the number of tourists visiting the country.


Who should establish the antiquities database? The answer of course is the Ministry of Antiquities, which must be the owner of the project. However, mistakes that have occurred in the past should not be repeated, among them what happened with the building of the Antiquities Documentation Centre in Zamalek in Cairo in 1955-1956.


The centre was built in order to document the country’s antiquities. However, the centre’s activities have not always been well coordinated, and there is a need for research to find out exactly what it has done since its establishment. An active partner is needed.


The only scientific institution in the country that has the resources for a project like a national antiquities database is the Bibliotheca Alexandrina in Alexandria. As director of the Library’s Antiquities Museum, I have seen young people from the museum and the Library’s Information and Communication Sector, encouraged by Ismail Serageldin, the director of the Bibliotheca Alexandrina, work on an ambitious project to build Egypt’s first virtual museum application.


The results show that the required technology can be properly managed and the data well protected, and these things auger well for the proposed national database. However, further resources will be needed to carry out the database project. These could be fully covered by donors if we can prepare a comprehensive proposal. Solutions are not impossible, and dreams can lead to change.

The writer is director of the Antiquities Museum at the Bibliotheca Alexandrina.