Classic Week shorts: An important Egyptian figure of a lady

This exceptional Egyptian figure of a lady is sculpted from exotic hardwood and has eyes inlaid in white alabaster and black obsidian. ‘The latter was not native to Egypt, so it shows the trade networks that existed in antiquity,’ explains Max Bernheimer, International Antiquities Specialist Head of Department for Antiquities at Christie’s. It also tells us that the ancient Egyptians were prepared to source and use non-native materials in their sculptures. 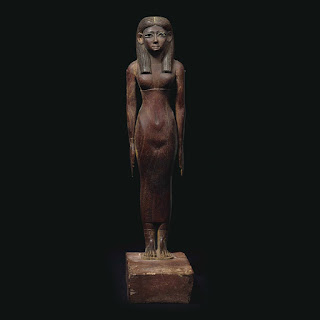 Dating to the Middle Kingdom (1900-1800 B.C.), this ka statue served as a surrogate for the deceased and could receive offerings. The ka was considered an aspect of the personality or life force of an individual that lived on after death. They were typically placed either in an offering chapel or a tomb, or even inside a coffin, a practice that began in the late Old Kingdom.