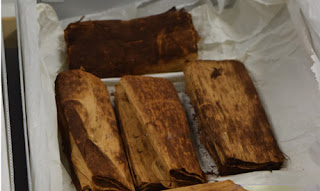 A collection of papyri under restoration

Work at the restoration laboratory for organic artefacts at the Grand Egyptian Museum (GEM) at the Giza Plateau is in full swing to prepare all the objects that would be put on display at the museum soft opening in 2018 for the show.

Hussein Kamal, head of the technical affairs at the GEM restoration centre, told Ahram Online that the papyrus includes seven parts of hieroglyphic written in black and red ink. But, regretfully, Kamal revealed, that the papyrus is in a bad shape.

Previous inadequate restoration work, Kamal explains, is to blame for the deterioration in the condition of the papyrus; this was compounded by wear-and-tear resulting from repeated movement between various museums.

The papyrus was originally located in the Boulaq museum, then transferred to the Egyptian Museum in Tahrir before finally reaching the GEM.

Kamal added that restorers have used a state-of –the-art techniques to conserve the papyrus: supporting it on a specific Japanese paper called Chio, which acts as a very good holder of the papyrus instead of the old fashion method which used glass planks.

“This is not the only papyrus in restoration; 60 per cent of the lab collection includes papyri written in coloured inks and belonging to different ages,” kamal said.

These papyri would be documented and registered before restoration in order to determine areas that require sensitive handling and the best restoration techniques to be used. 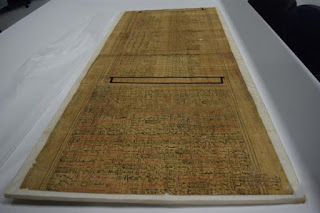 The hunting arrows, which belonged to the boy-king Tutankhamun, are a unique object because it is the only complete arrows collection ever found from the ancient Egyptian era.

The collection includes different styles of arrows' heads, which are made of glass, wood, ivory and bronze.

Kamal explains that the arrows collection was restored for the first time upon its discovery in 1922. Today's efforts are the second such attempt.

The artefacts have been cleaned, the Paraffin wax used in the first restoration attempt was removed in order to allow for the use of organic materials to rehabilitate the items.

Kamal estimates that restoration works on these two collections could last until the end of March. 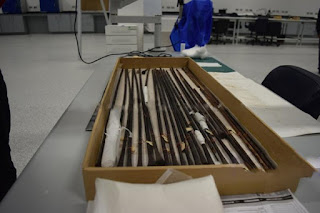