The curse on antiquities - Al-Ahram Weekly

The curse on antiquities

The publication of incorrect information on Egypt’s antiquities does the country no service, writes Zahi Hawass 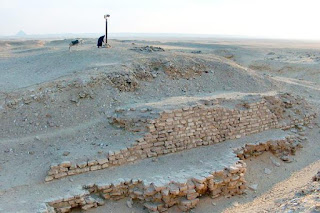 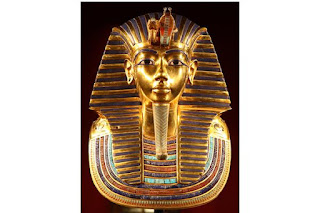 I always laugh when I hear people who have no academic credentials announce a false opinion on major issues concerning ancient objects or monuments. For example, a person who shall remain nameless has recently written that the mask of Tutankhamun is a fake.


Can you believe this? This person does not seem to know that there is a multitude of great foreign and Egyptian archaeologists who can confirm its authenticity. However, this person still talks about this issue. He has also made the statement that the Sphinx is “drowning” in water.


When I read this I thought it could be true as it was published in a respected newspaper. I went early in the morning to the Sphinx to check, but found that what the writer had said was untrue and that the monument was safe.


Another individual who has a secondary-school qualification in agriculture was given the title of doctor by a newspaper and published an article in it claiming that the Step Pyramid is in danger of collapsing. The foreign press then published this because they thought that this unqualified person was a scholar, and as a result the story was disseminated all over the world. I don’t know what has happened to our press, since the reporter who published the story never asked respected scholars about the truth.


Recently, details of two important issues were published in the same paper. The first concerns the discovery of the tomb of King Kha-ba at the site of Quesna in the Delta. The only information available to me was an announcement by the Ministry of Antiquities published in the newspaper. I don’t know if Minister of Antiquities Mamdouh Eldamaty read the report of the English expedition that made the announcement.


Kha-ba was one of the kings of the Third Dynasty, and we know from the Egyptian historian Manetho that there were eight kings in this dynasty. King Djoser, of the same dynasty, built the Step Pyramid at Saqqara, which was designed by the great architect Imhotep, the first person to work in limestone rather than mud brick. He was the first architect ever to work with stone pillars and ceilings.


Djoser was followed by King Sekhem-khet, who built an unfinished step pyramid at Saqqara. Inside its burial chamber, a sealed sarcophagus was found. The discoverer of the pyramid, Zakaria Ghoneim, invited then-President Gamal Abdel-Nasser to attend the opening of the sarcophagus, but when it was opened to everyone’s surprise it was found to be empty.


There is evidence of two other Third Dynasty kings. Neb-ka built the Layer Pyramid at Zawyet Al-Aryan, located between Abusir and Giza. There is a shaft and burial chamber without a superstructure at the same site, and Egyptologists have speculated that this belongs to Kha-ba. The last king that we know of from this dynasty is Huni. He has nothing to do with the Meidum Pyramid that for many years was attributed to him, and some believe that his pyramid has yet to be found.


The newspaper said that the tomb found in Quesna was built of mud brick, and inside it there was a brick seal with the name of Kha-ba on it. However, no Third Dynasty king would have built his tomb of mud brick, and finding the name of a king in a tomb does not indicate that it belonged to that king.


There are tombs of First Dynasty officials at Saqqara, and in them there are the names of this dynasty’s kings, even though these were in fact buried at Um Al-Ga’ab in Abydos. There is no reason why Kha-ba would have been the only such king to have built his tomb in the Delta. We need more explanation from the expedition.


The second issue referred to in the newspaper concerns the announcement of the return of 123 objects from the US to Egypt. The paper said that these left Egypt in 2014 and the ministry, after great efforts, had been able to arrange their return. I will explain the correct story in a later column.