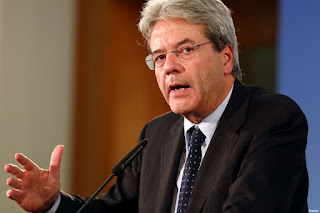 Italian Foreign Minister Paolo Gentiloni has warned the Egyptian authorities of consequences if they do not cooperate with investigations into the murder of Italian student Giulio Regeni, Anadolu news agency reported.

The Italian state television reported Gentiloni saying on Tuesday: "If the Egyptian authorities did not cooperate with the investigations concerning Regeni, we are fully prepared for consequences."

"We will evaluate all possible measures, but we hope that the relations between Italy and Egypt do not reach that point," he added.

Gentiloni said his country only wants the truth concerning Regeni's death, including the identity of those responsible for his murder.

The minister did not elaborate on what the consequences would be.

Egyptian police are now expected to hand over key evidence regarding the murder of Regeni to their Italian counterparts on 5 April.

Luigi Manconi, the president of the human rights commission in the Italian senate, said on Tuesday that if Cairo failed to do so, Italy should consider recalling its ambassador to Egypt for consultation.

Manconi said that if the information was not handed over, Italy's foreign ministry "should declare Egypt an unsafe country, which would without a doubt have a not insignificant effect on the numbers of tourists" there.