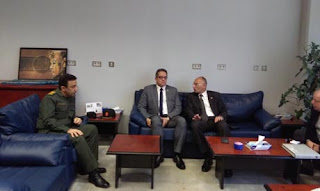 Three days after taking the post of Minister of Antiquities, Khaled El-Enany paid a visit today to the two "museums of the century"; the Grand Egyptian Museum (GEM) overlooking the Giza Plateau and the National Museum of Egyptian Civilisation (NMEC).

The aim of the visits was to push forward all construction and preparation works that have been put on halt for the lack of budget and find solutions to any problems the projects are facing, as well as removing obstacles standing in the way of the completion of preparations.

During his tour at the GEM, El-Enany inspected the different phases of preparation and met with the GEM general supervisor Tarek Tawfik and members of the engineering committee of the Engineering Authority of the Armed Forces.

El-Enany announced that he would very soon provide solutions to all technical problems in order to ensure the museum opens in the scheduled time.

"Rationalisation of expenditure without affecting the technical and scientific qualifications of the GEM is the recent motto of the ministry in order to complete the museum which is one of Egypt's mega project and one of the country's weapon to face all recent challenge," El-Enany told Ahram Online. 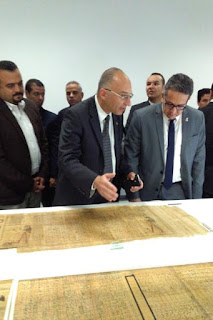 At the NMEC, El-Enany inspected preparations for the temporary exhibition hall to open within six months.

The hall is designated for the display of a collection of artefacts to be exhibited permanently at the museum in order to attract more patrons before its official opening, as well as provide money to aid with museum works.

El-Enany also met with cultural responsible at UNESCO Cairo office, Ciara Berdiski in order to put a programme to train curators to develop their technical and scientific skills 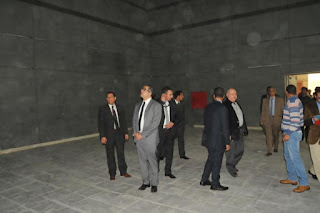